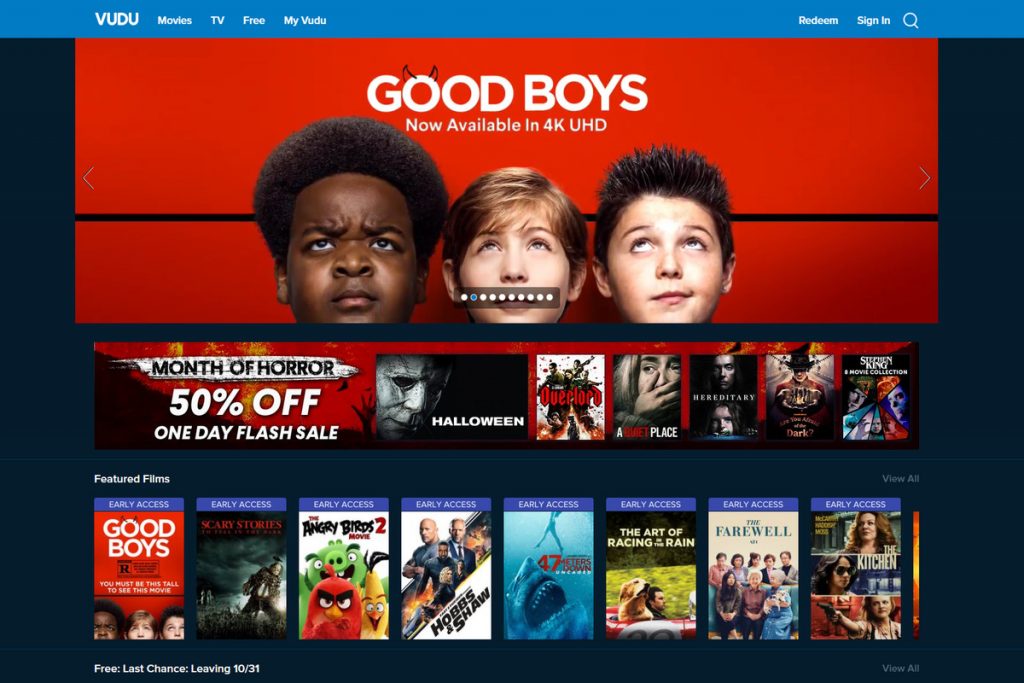 Vudu, the transactional video on demand platform owned by Walmart, has been purchased by NBCUniversal’s cinema ticket purchasing service Fandango.

Vudu is currently accessible in over 100 million US homes with an app that has been downloaded more than 14 million times. The service allows users to purchase and rent films and series, and also has an AVOD component. It has been widely praised by technically-minded viewers for its HDX rental tier which offers higher bitrate streaming than many of its competitors.

Now, two months after reports of talks began, Vudu confirmed that it has been acquired by Fandango in a blog post. The post said: “While there will be many more exciting things to share in the months ahead, nothing about the Vudu experience is changing – your movie & TV library is safe, and you will continue to have access to all your Vudu apps across your favorite devices.Vudu will continue to deliver an amazing experience, and we promise that the future will bring more new features, offerings, and other benefits as we join the Fandango family.”

While Vudu does have an AVOD aspect, this is not of interest to Fandango which is looking to compete with the rental capabilities of iTunes and Amazon rather than streamers like Netflix and Tubi.

A spokesperson described the acquisition as “a combination of scale for our on-demand streaming service and the addition of Vudu talent.” They said: “Vudu has a strong brand presence and customer base. So right now, we’re focusing on making sure that during this transition Vudu customers are taken care of and likewise on the FandangoNOW side. Both businesses will exist for the time being.”

This also comes at a time when Hollywood studios are experimenting with renting out their latest big-budget releases in light of the coronavirus pandemic that has shut down cinemas worldwide.

NBCUniversal itself made the move to bring films which had their cinema runs cut short – such as The Invisible Man and The Hunt – to TVOD platforms while it also forewent cinema altoghether for kids film Trolls World Tour.

Disney meanwhile has announced that Artemis Fowl, a film initially scheduled for a late-May cinematic release, will be available on its Disney+ streamer on June 12.