SVOD streaming providers significantly ramped up the amount of reality TV programming on their services last year, according to data from Ampere Analysis. 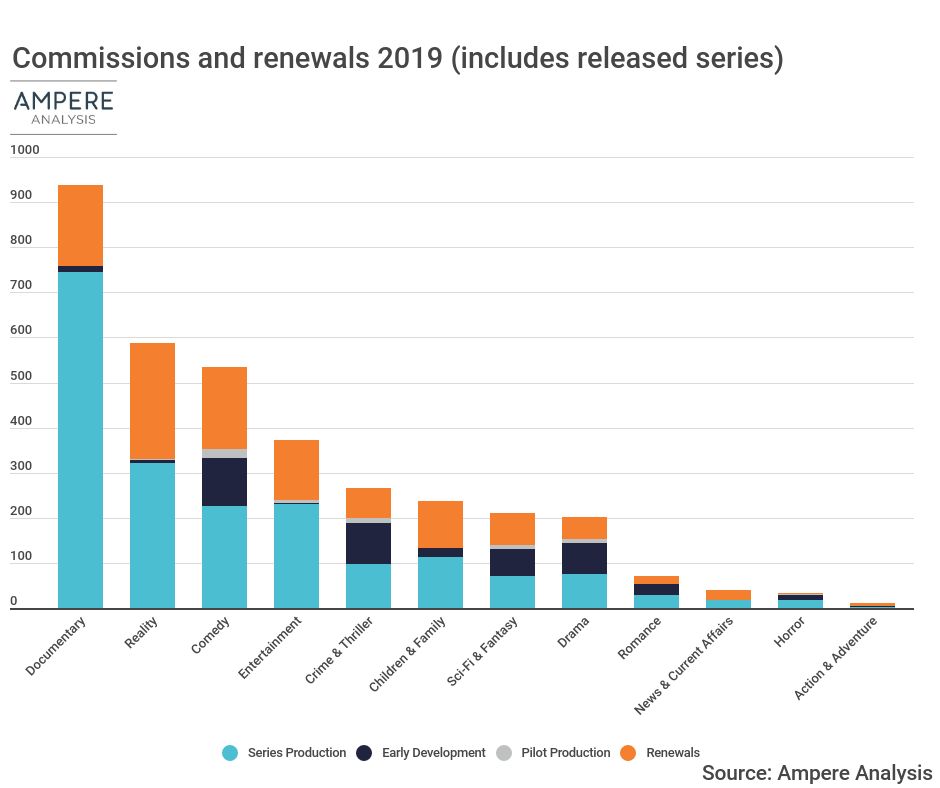 Netflix in particular has increased the amount of reality content in its line-up, according to Ampere. While in January 2018 Netflix had four original reality TV shows available, by year-end 2019, this number had grown eightfold to 32 original titles, with dating show Love Is Blind among its top-performing shows in Q1 2020.

While reality shows are in the ascendant, the most commissioned genre in the UK and the US in 2019 was documentary. Documentary represented 31% of all first-run series ordered in 2019, according to Ampere.

Reality came second in terms of commissions and renewals, with 14% of all commissions last year.

Comedy was the third most commissioned and renewed genre.

Some 65% of linear renewals were unscripted series, in comparison with just 25% of all VOD renewals, with streamers preferring to focus on higher-budget, scripted content.Only 8% of all cancellations across linear and VOD were for reality shows, however. .

Olivia Deane, analyst at Ampere Analyst said: “While Reality has been a staple for linear TV due to lower per-hour production costs and continued popularity among consumers, VOD services have been increasingly investing in the genre. With Netflix already commissioning two more seasons of top performing title, Love is Blind, Reality looks like it will be the next battleground for linear and VOD services.”