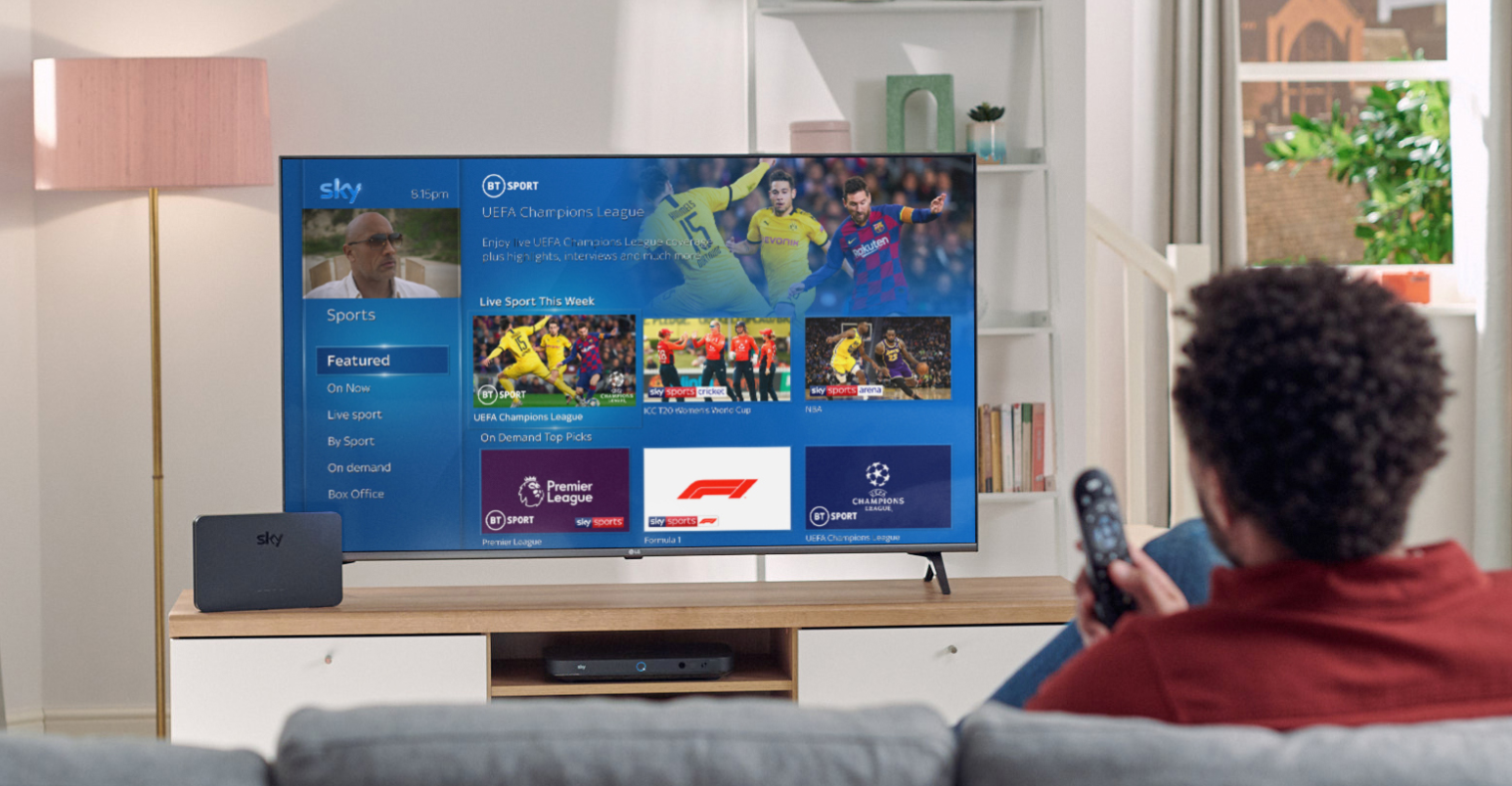 Subscribers can now sign up for a combined Sky Sports and BT Sport for £35 (€42) for existing customers on an 18-month contract, while for £47 they can combine the two sports offerings with Sky Entertainment, including over 300 channels and 40 catch-up services. Both prices are available for a promotional period only until March 12.

Subscribers can also sign up for BT Sport on its own for £25 on top of an existing Sky package.

The new offering marks the first time that Sky has offered BT Sport via the Sky subscription rather than having to contact BT direct, and is the fruit of the cooperation agreement the pair struck three years ago, implementation of which has been delayed.

Now TV customers will be able to watch BT Sport on their dedicated smart TV stick or streaming box when the BT Sport app launches in the app store later this spring.

Sky’s new offerings come as BT launches a series of new flexible packages that include the ability to sign up for the e £40 per month ‘Big Sport’ package – which includes all 11 Sky Sports channels and BT Sport – for the duration of the Premier League season alone, and adds Sky’s Now TV streaming service to its own line-up of services.

Lyssa McGowan, chief consumer officer, Sky said: “Our customers have always loved sport and we’re delighted to now be able to offer them even more. From the excitement of the UEFA Champions League, Tiger Woods defending The Masters and the rise of Fallon Sherrock, 2020 is a huge year of sport. Now, through our partnership with BT and the launch of our new sports packages, millions of fans can watch all the sports they love.”