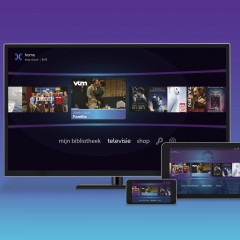 Growth in Belgian service provider Proximus’s TV and broadband subscribers and revenues failed to compensate for a decline in its prepaid mobile and fixed voice base and declining inbound mobile revenues last year, leading the company to post a drop in domestic revenues of 1.7%.

The number of fixed internet customers rose by 1.5% over the same period to reach 2.089million. however, the company’s fixed voice base declined by 5.8% to 2.401 million.

The company counted 1.114 million convergent homes and small offices at the end of the year, taking its penetration of total multiplay homes to 60.3%.

The company posted overall domestic sales of €4.386 billion for he year, down 1.7%, with domestic underlying revenue down 1.2%. Domestic EBITDA was however up.

“Supported by our appealing year-end campaign, we maintained a good customer momentum for Internet, TV and Mobile postpaid in the last quarter of 2019. Our segmentation strategy again proved successful in a very competitive market, with a growing number of Households signing up for converged offers, with especially the EPIC and Minimus packs having strong traction. By end-2019, over 60% of our Household customer base was convergent. In spite of an increasing number of ‘skinny bundles’ offered on the market, we kept a strong position in the low-end segment through our Scarlet brand, with its attractive no-frills offering appealing to customers looking for the best prices,” said CEO Guillaume Boutin.