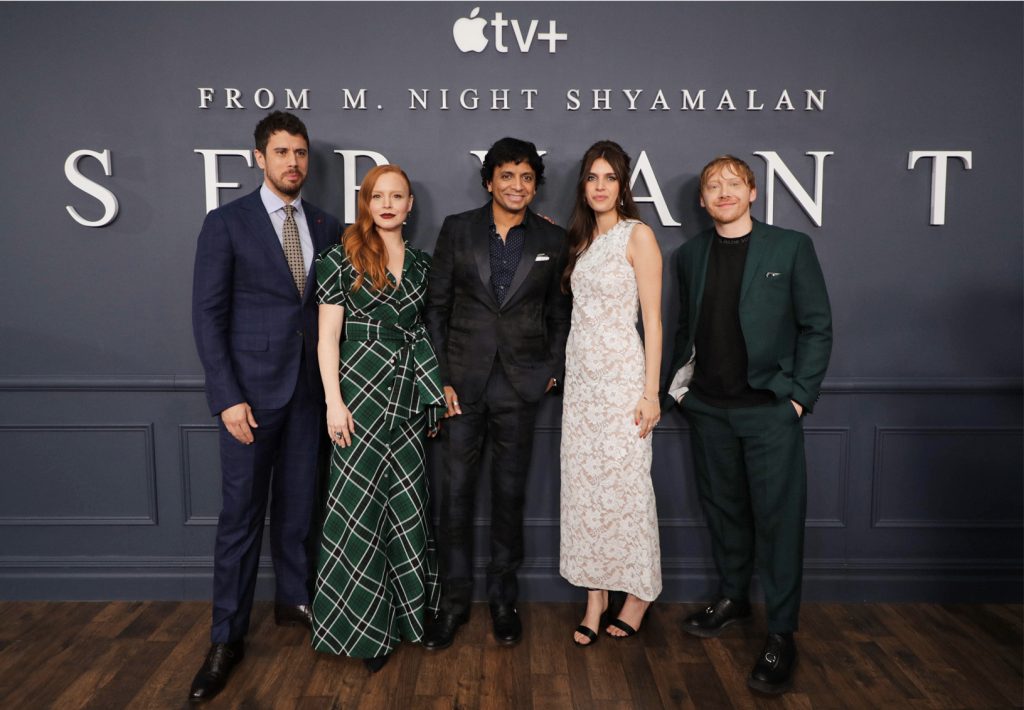 Director and executive producer M. Night Shyamalan, with the cast of Servant at the global premiere

Apple is at the centre of a lawsuit by Italian-American director Francesca Gregorini over its original series Servant.

Gregorini has filed a copyright lawsuit which alleges that Servant – developed by The Sixth Sense director M. Night Shyamalan – plagiarised her 2013 film The Truth About Emanuel.

Both titles focus on a mother who is grieving after the loss of a child shortly after its birth and who then treats a doll as if it were alive. They also feature a teenage nanny who similarly treats the doll as though it were a real child.

Along with the premise, the suit alleges similarities between scenes, themes and settings.

The filmmaker’s lawyer said that the similarities between the 2013 film and the ongoing series “are so pervasive, and so grounded in my client’s highly creative and uniquely personal artistic choices, that the idea they might have resulted from coincidence is preposterous.”

Gregorini herself said that seeing her work stolen “is soul-crushing.”

Apple, Shyamalan and Basgallop are yet to make a statement.

This is the latest hiccup for Apple’s fledgling Apple TV+ streamer, and follows the indefinite delay to the Anthony Mackie-starring The Banker.

The Banker was set to be Apple’s first theatrical release with aspirations of Oscar nominations. However, the film’s premiere and subsequent rollout were postponed after allegations of sexual misconduct were made against Bernard Garrett Jr., the son of the film’s subject. Garrett also served as a consultant on the film.

While it was initially set for release in November 2019, The Banker is yet to see a release and Apple has provided no additional information as to whether the US$11 million movie will see the light of day.