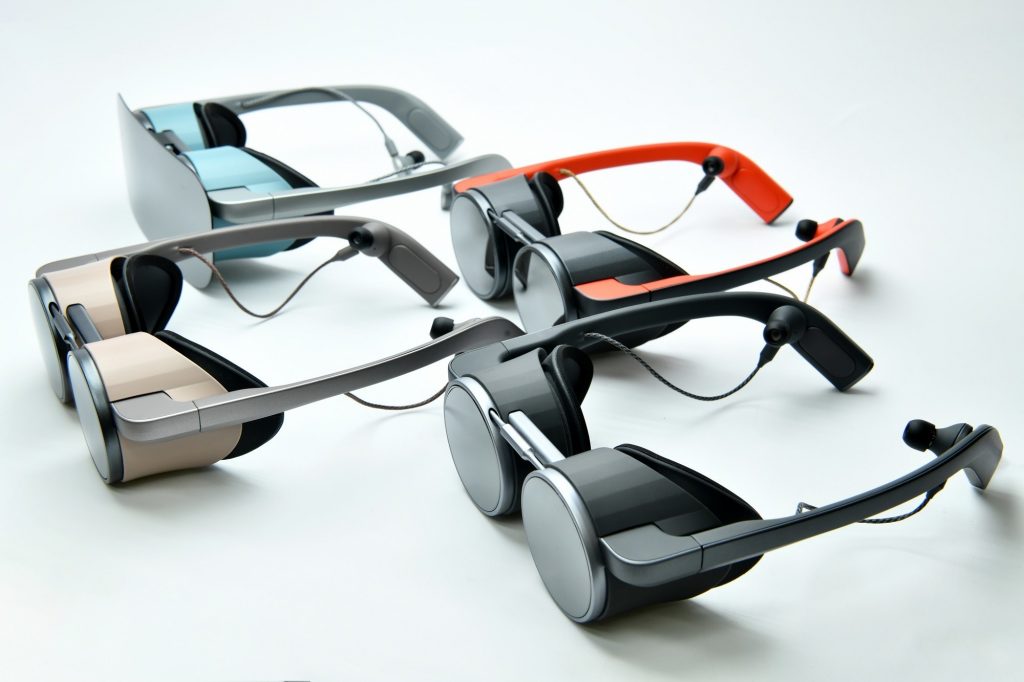 Panasonic has revealed what it claims to be the world’s first HDR-capable UHD VR eyeglasses.

Unveiled at CES, Panasonic is very particular in describing the device as eyeglasses as opposed to VR devices’ typical descriptor of ‘headset’. And this is for good reason, with the as-yet-unnamed product being closer in resemblance to a pair of seeing eye glasses or swimming goggles and a design that is far more lightweight than other VR devices from the likes of Facebook’s Oculus or HTC.

Panasonic said that a comfortable fit is the priority, and argue in a release that while conventional headsets provide immersive experiences, their cumbersome size “could cause wearer discomfort” and thus restrict use.

Asides from the lightweight design, Panasonic said that it has partnered with VR display manufacturer Kopin Corporation to create a micro OLED panel capable of smooth images without VR’s typical ‘screen door effect’.

It is worth noting though that unlike the majority of high-end VR products this is not designed for gaming. Instead the company said that it is banking on the product to emerge alongside the growth in 5G communications and video consumption, with it believing the majority of this will be around VR sports viewing and virtual travel experiences.

The product, while being an interesting demonstration of the technology, are just that – a demonstration. A large reason for the product’s lack of naming is that it is a reference product that Panasonic says will be used to continue the further development of new VR glasses.

With interest in VR regaining momentum following something of a lull period, a wide range of devices are likely to emerge in the coming months and years that are focused on high-quality experiences at a low cost in a lightweight package.