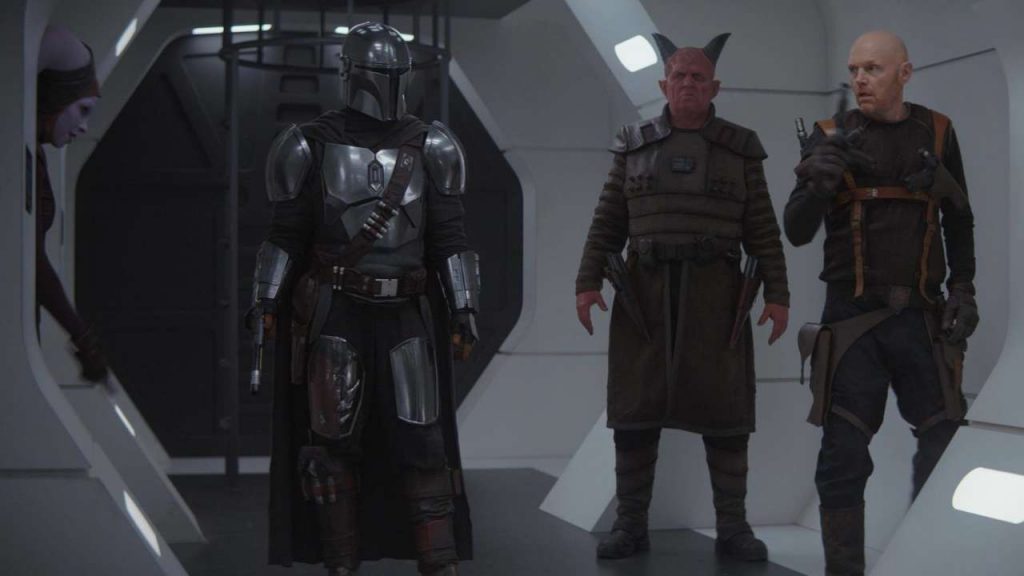 With its first season at a close, Disney+ original The Mandalorian has topped the final Parrot Analytics’ originals in-demand chart of 2019 in Spain.

The Jon Favreau-helmed sci-fi western series drew 9,226,208 average demand expressions for the week ending December 31. Fans of the series were recently rewarded for their attentiveness by the announcement that a second season is in the works, with Favreau tweeting that it is scheduled for a Fall 2020 release. 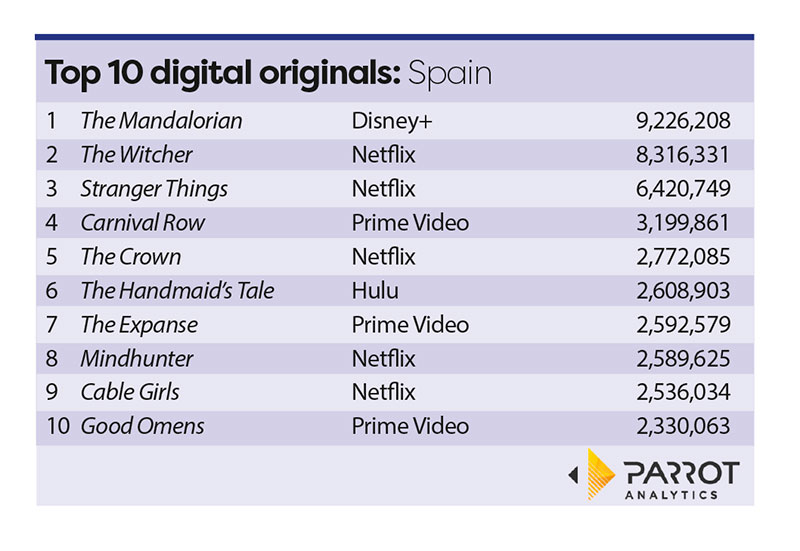 As per usual, Netflix titles dominate the list with five entries. The big-budget fantasy series The Witcher, which came the closest to The Mandalorian with 8,316,331 average demand expressions. Stranger Things kept up its habit of appearing in the list with 6,420,749 average demand expressions, while The Crown, Mindhunter and Spanish language period drama Cable Girls also appear. Somewhat surprising is that the massively popular Spanish language Netflix series Money Heist does not feature in the chart.

Noteworthy in their absence are any shows from Apple TV+. Despite the heavy promotional pushes for series such as See, The Morning Show and Servant, none have apparently had a significant impact in Spain.