Nordic broadcasters are increasingly focusing on local originals and collaborating with each other to produce them in their battle with international SVOD giants such as Netflix, according to a report by Ampere Analysis. 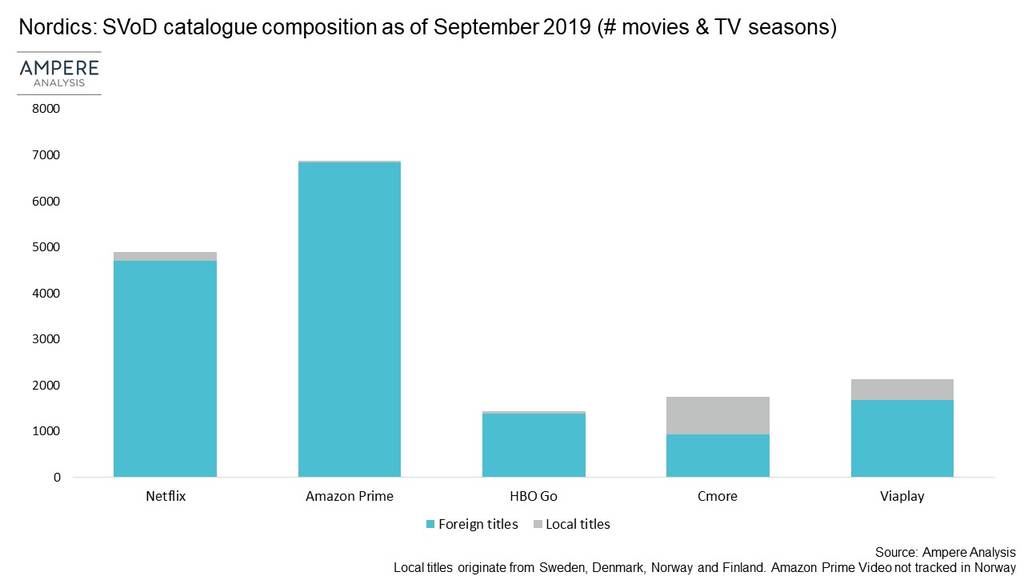 According to Ampere, only 3% of Netflix titles in Sweden are local, while only 1% of Amazon Prime titles are from the local market. By contrast, some 47% of content offered by CMore and 13% of Viaplay’s catalogue is locally produced, and the majority of Nordic content currently in production has been commissioned by local players.

NENT’s Viaplay as the biggest commissioner of new TV shows in the region, followed by public broadcasters SVT, YLE and DR, according to the research outfit.

Nordic broadcasters are increasingly focusing on local original content to meet the challenge, according to the research outfit.

Ampere says that this strategy is bearing fruit. Its research showed that in Q3 49% of Swedish respondents to its survey said they had used public broadcast catch-up service SVT Play in the past month, while in Denmark, 31% of respondents had used the DRTV platform.