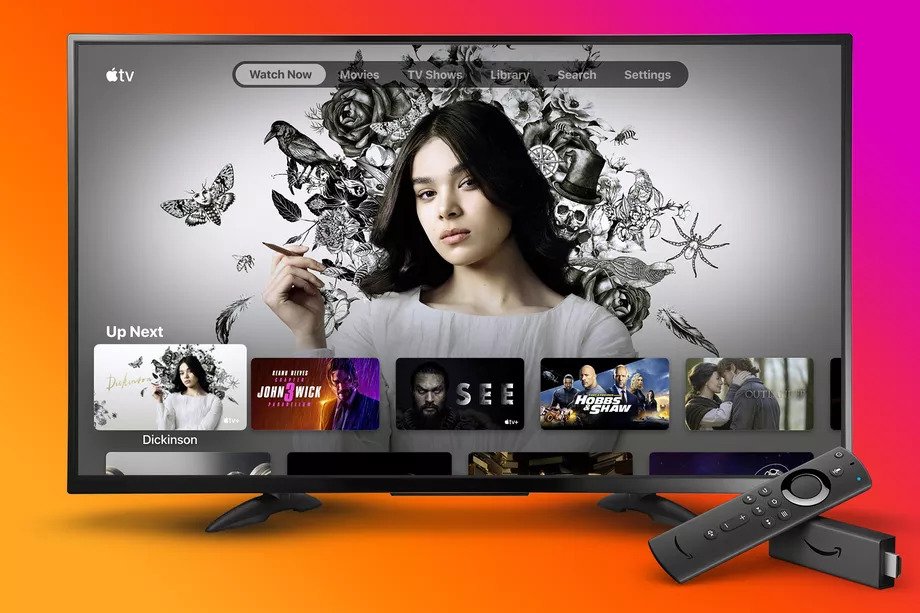 Apple is continuing to build the number of platforms on which its TV service is available with the launch of the Apple TV for Amazon’s Fire streaming devices.

The App, which looks and functions much the same as it does on Apple’s own hardware, is available on the Fire TV Stick 4k, the 2nd generation Fire TV Stick and the Fire TV Basic Edition. Availability on further Fire devices is promised for the future.

Launching on Amazon’s devices is an obvious move ahead Apple TV+’s November 1 debut, and follows similar launches on Roku dongles and Samsung smart TVs – with support for LG, Sony and Vizio sets promised by the iPhone maker.

More than just Apple TV+ though, the Apple TV app offers the ability for non-subscribers to stream movies or TV shows they’ve purchased through iTunes and watch new purchases and rentals. Awkwardly, this latter function relies on using a different device that has iTunes with no ability to directly access the store through the app.

Widening the number of devices on which  Apple TV+ is available will also help to quash the concern from analysts at IHS Markit that a lack of availability will harm the service.

Published prior to the launch on Roku and Amazon, the report estimated that only 57% of US homes would be able to access the SVOD.

By contrast, Netflix reaches 95% of US households while Disney+ will reach 92% of households. Though the report does point out that the growth of Disney+ will be dependent on its availability on Android mobile devices and smart TV partnerships.

Apple is also trying to generate interest in the US$4.99 per month service by offering a year’s free subscription to anybody who purchases a new Apple device, such as iPhones, Macs and Apple TV set-top boxes.