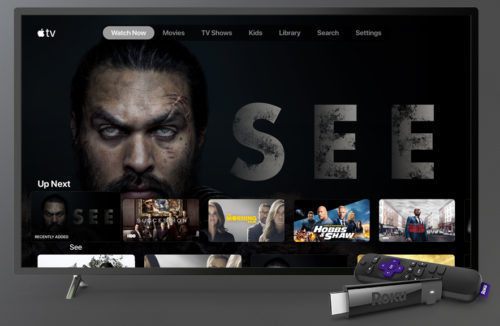 Apple is expanding the reach of its Apple TV app to Roku ahead of the launch of Apple TV+ in November.

The company, which announced that it surpassed 30 million active monthly users in August, becomes the first TV dongle-maker to launch the Apple TV app.

Roku users can add the Apple TV app via the Roku Channel Store to discover content, personalised show recommendations and subscribe directly to Apple TV channels. The app, which has launched, is available in France, the Republic of Ireland and the UK, in addition to many countries in the Americas.

Scott Rosenberg, senior vice president and general manager of Roku’s platform business said: “With the Apple TV app coming to Roku, our customers will enjoy an even broader range of exciting entertainment, including the highly anticipated Apple TV+ service. Roku is a valuable partner for content providers looking to reach a large and engaged audience, and we’re looking forward to bringing this new option to Roku users.”

The launch of Apple TV on Roku will alleviate some of the concerns that analysts have, such as IHS Markit believing that lack of availability will negatively affect the platform’s performance.

It also marks the second non-Apple device launch of Apple TV. In something of an unexpected move, Samsung announced at CES that Apple TV would be available on select smart TVs – with the app launching in May. Samsung became the first TV manufacturer to integrate the Apple TV app on a Smart TV platform.