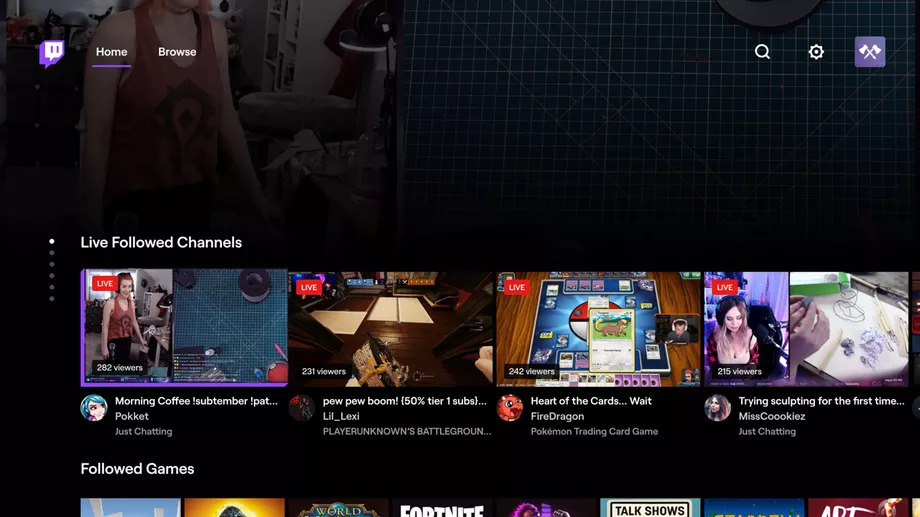 Twitch has launched an official app on Apple TV.

Following years of conspicuous absence, the gaming streamer has finally launched on Apple’s set-top after quietly rolling out a public beta in September.

Previously, users have had to rely on third party apps like Twitchy that provide access to streams, but lack Twitch’s distinct UX and interactivity.

With this official app, users can live-stream games, view previously broadcast sessions and use live chat functionality – the latter offers interoperability with the iOS remote app so that users can utilise the keyboard on their iPhones rather than the awkward on-screen keyboard.

It’s worth noting that Twitch has expanded its scope outside of purely being dedicated to gaming in recent times. Twitch hosts other broadcasts such as Thursday night NFL games along with being the de facto home of wrestling promotion Impact Wrestling.

The app’s launch sees Apple’s STB catch up with a range of other TV devices like Amazon Fire TV units along with PlayStation and Xbox games consoles.

Still, Apple TV users are better off than Samsung TV owners, who saw the only available third-party Twitch app unceremoniously “retired” from the Tizen app store and disabled earlier in 2019.

The Twitch launch on Apple TV follows a similarly long-awaited launch from Spotify, which appeared on the same day. Like with Twitch, Spotify has been available on a range of other TV devices for years.