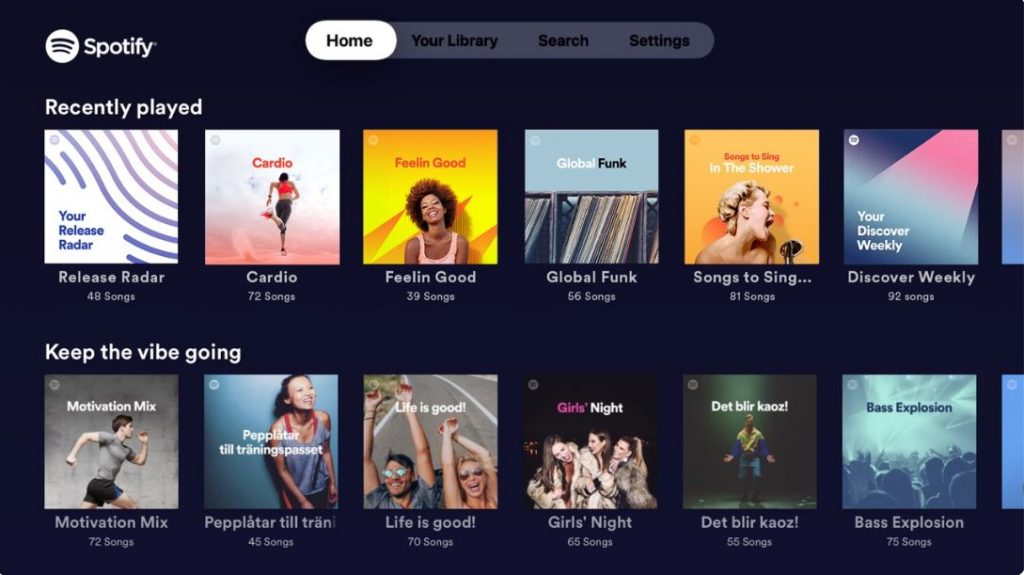 This is the first time that the company has launched an app for Apple’s set-top box and largely resembles different versions of the platform as offered on other TV devices such as Roku and PlayStation 4. As per those versions, users are able to access the full Spotify experience including playlists and podcasts through their Apple TV device.

The app also lets the Apple TV act as a virtual speaker, with the ability to control what is playing from other devices.

Previously, users were only able to play Spotify content on Apple TV through AirPlay casting to the unit from an Apple iPhone or Mac.

The decision to launch an app for Apple TV is a stark step back from previous comments made by the company. In a 2016 Github conversation thread, Spotify project leader Samuel Erdtman said that plans to support tvOS “has been down prioritised, you should not expect a release supporting it any time soon.”

Whether the company had a change of heart, or that it started to view the platform as a priority remains to be seen.

The music streamer has also introduced Siri functionality with iOS devices. This was a big complaint from users and Spotify alike, with the company previously filing a list of complaints about Apple with the EU earlier this year.