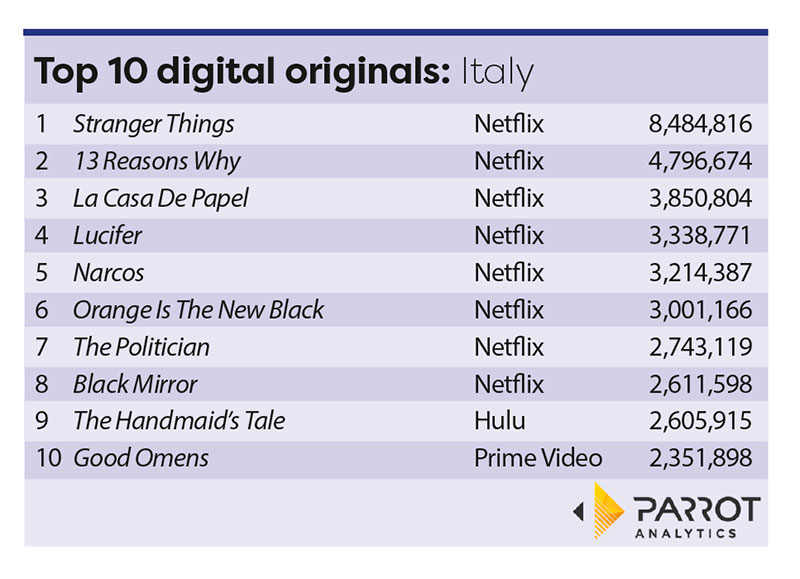 In a familiar turn of events, Stranger Things has dominated Parrot Analytics’ originals in-demand chart for the week ending October 6 in Italy.

With 8.5 million average demand expressions, the sci-fi hit – which was recently renewed for a fourth season by Netflix in a reported nine-figure deal – amassed almost double the demand for 13 Reasons Why in second with 4.8 million.

In total, Netflix titles make up eight of the top 10 with La Casa De Papel, Lucifer, Narcos, Orange Is The New Black, The Politician and Black Mirror making up numbers three-through-eight in that order.

Samuel Stadler, VP of marketing at Parrot Analytics said: “With Netflix taking the lion’s share of global demand for its original series, it’s not surprising that in the second quarter of this year the service continues to lead in the drama genre for most markets.