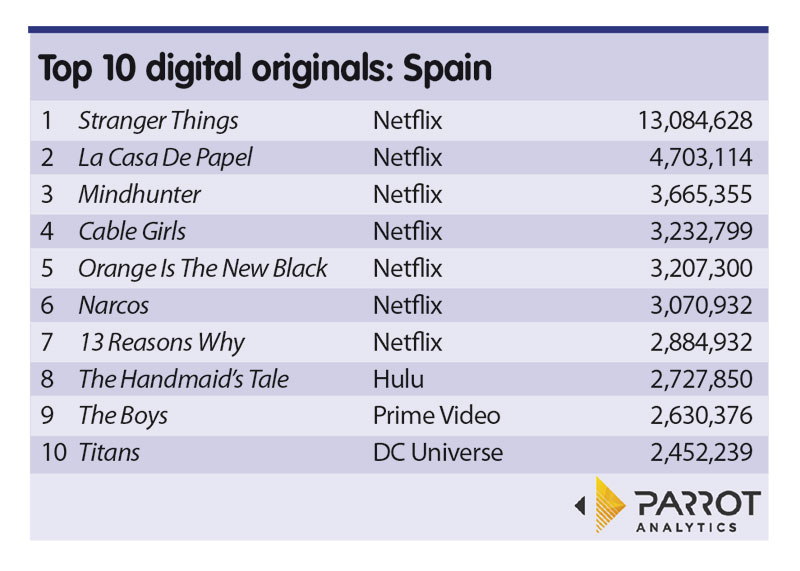 Though Spain is its native country, not even La Casa De Papel could stop Stranger Things from topping Parrot Analytics’ originals in-demand chart in the country for the week ending August 25.

Netflix originals dominate the list, with Mindhunter, Cable Girls, Orange Is The New Black, Narcos and 13 Reasons Why all drawing between 2.9-3.7 million average demand impressions.

The highest non-Netflix title is Hulu’s The Handmaid’s Tale in eighth with 2.7 million average demand impressions.