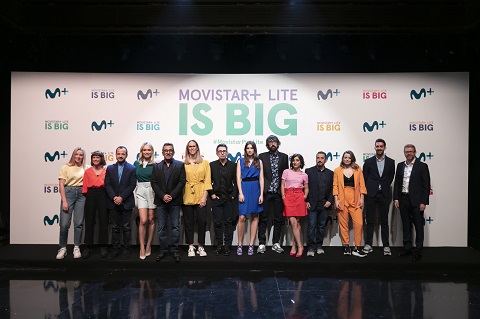 Telefónica last week debuted its OTT TV service, Movistar+ Lite. The service is available for €8 and offers eight linear channels as well as a raft of on-demand content and live sports.

The subscription covers reception on two devices. Customers can sign up for one month free of charge as a trial.

The service is currently available via iOS and Android mobiles and tablets, the web, Samsung and LG smart TVs  and TVs with Android TV functionality from Sony, Phillips and Panasonic.

“We are going to revolutionise the audiovisual market in Spain. Although the name is Movistar+ Lite, we are betting big on this,” said Movistar+ president Sergio Oslé.

Telefónica outlined plans for the service in May, when Telefónica España president Emilio Gayo said that the company wanted to “universalise our pay TV offering with the launch in June of a new OTT offering open to non-Movistar customers”.