Three of the top five SVOD services by subscriber numbers are now Chinese, according to a report by Ampere Analysis.

According to the analyst outfit, 44% of Chinese internet users subscribe to two or three SVOD services and some 16% subscriber to all three. 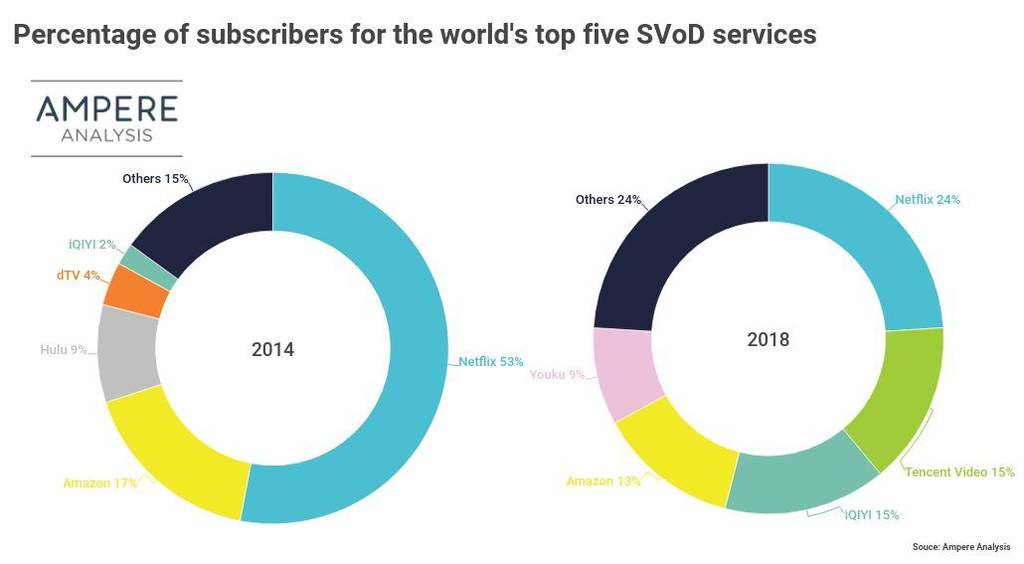 The research group says that the three leading players generated US$8 billion in revenue between them last year, still some way short of Netflix’s total of US$18 billion. According to Ampere, the three, all backed by cash-rich technology giants – collectively known as the BAT – have built subscriptions on the back of aggressive investment in content.

For example, between 2011-2018, iQiyi’s content costs grew by a CAGR of 140%. While subscription income was just 4% of total revenue in, by 2018, it had grown to over 50% of its total revenue.  Paid subscribers have privileged access to more exclusive content than the service’s free-tier subscribers. 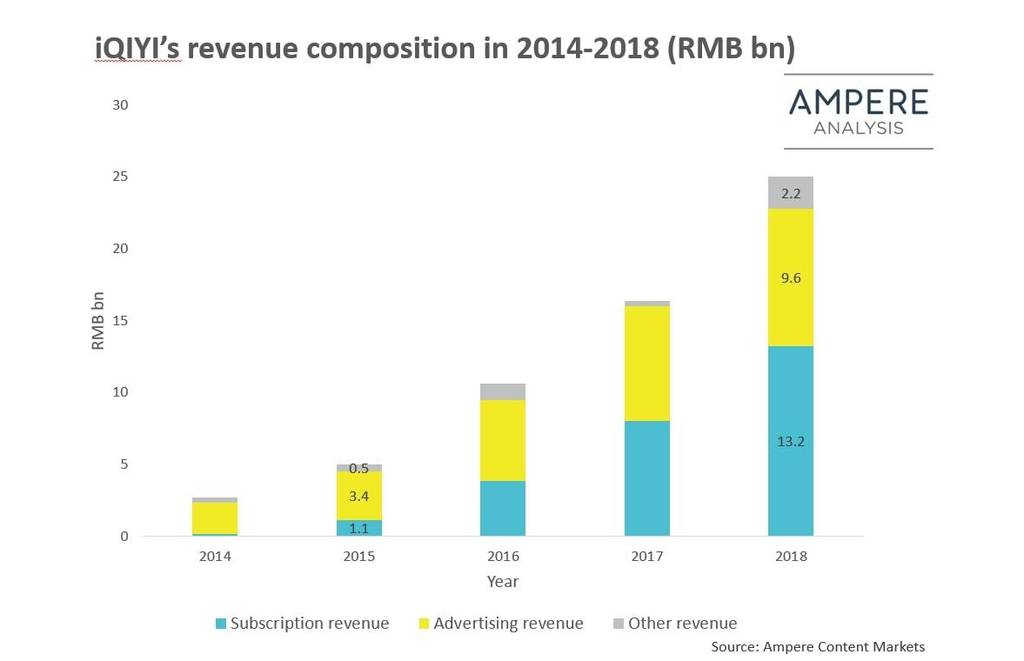 Ampere expects the big three to reach 340 million subscribers and generate revenues of €12.6 billion a year by 2024, with the market dominated by the big three, helped by the regulatory exclusion of US-based providers.

“We expect the big three SVoD players in China to continue growing and reach 340 million subscriptions and USD 12.6 billion in total a year by the end of 2024. Investing heavily in content will continue as the main strategy to drive subscriptions and increase user retention, in which process the strong financial backing from BAT is key,” said Ampere Analysis analyst Orina Zhao.