HBO CEO Richard Plepler has abruptly stepped down from the AT&T-owned company after 27 years of service, as WarnerMedia looks to reorganise its operations. 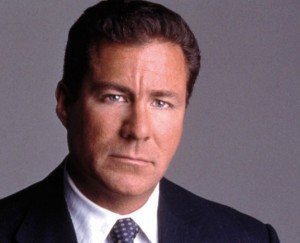 Plepler’s decision arrived on Thursday, days after the United States Court of Appeals rejected the US Justice Department’s last-ditch attempt to break up the AT&T-Time Warner merger.

AT&T has moved quickly to create change within the company following the greenlight.  This week The Wall Street Journal reported that the company is looking to consolidate its TV units – HBO, TNT, TBS and Cartoon Network – under a new leader appointed by WarnerMedia chief John Stankey.

Plepler was seen as the obvious internal candidate for the role, but WSJ also revealed that Bob Greenblatt, NBC Entertainment’s chief executive, is in talks with Stankey to take on the leadership. Shortly after the news arrived, Plepler handed in his resignation.

Turner boss David Levy is also said to be planning his exit amid the restructure.

In an internal note to staff Plepler said that he is to step down as HBO reaches an “inflection point”.

“It has been the great joy of my professional life to share this ride with you over these many years. And the great honour of my professional life to be your CEO. I don’t have the words to express my gratitude for the support and talent that made our success together possible. But suffice it to say, my love for this place, and for all of you, is deeply a part of me and will last a lifetime,” he said.

“I look forward over the coming weeks to thanking as many of you as I can for the thousands of contributions big and small that have made “this thing of ours,” to quote Tony Soprano, so special. I have told John, who has been nothing but gracious since we spoke, that I would work closely with him to assure a seamless and organic transition.”