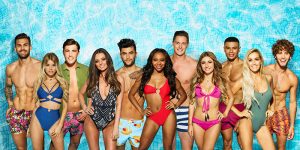 Reality TV has driven the highest level of social engagement of television content in the UK over the past year, according to a study by Kantar Media.

Kantar recorded 75 million TV Tweets over the 12 months from December 2017 to November 2018, resulting in a total of 28 billion impressions. Entertainment programmes are the most tweeted about, attracting 32 million Tweets during the period, followed by drama programming with 20 million Tweet and current affairs with 13 million Tweets.

Three-quarters of all TV-related Twitter activity during the year-long period occurred outside of  linear broadcast windows, amounting to 17 billion impressions and 99 million likes.

Love Island was the most talked about television series on Twitter in 2018, with a total of 6.3 million Tweets, 18 million likes and just under 60% of all interactions taking the form of retweets.

Twitter activity around new series launches was focused on popular entertainment shows such as Love Island and I’m a Celebrity Get Me Out of Here! Among drama titles, only the new season of Doctor Who made a significant impact on Twitter.

Kantar started recording social TV ratings in 2014 as a metric for understanding analysing and benchmarking the impact of social media on TV viewing habits.

Andy Brown, global CEO, Kantar Media UK and Ireland, said: “What is truly interesting is the way in which our data highlights the strong attachment consumers have with their favourite television programmes, even outside of the broadcast window. More than ever, consumers are using social media to communicate about television programmes at a time that suits them. For brands and advertisers, this serves to reiterate the opportunity offered by multi-channel engagement and the need for a connected intelligence approach to measure its impact; using social media platforms to become a part of the conversations they know their audiences are already having, at the right time and in the right place.”