Sky UK CEO Stephen van Rooyen has criticised the floating of plans by the Remote Gambling Association (RGA), which represents gambling firms including Bet365, Paddy Power and Ladbrokes, to voluntary implement a ‘whistle-to-whistle’ ban on TV advertising of their services during the airing of sports fixtures on TV. 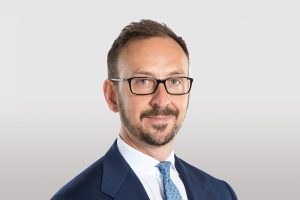 In an article published in The Times, Van  Rooyen said that “the inconvenient truth” was that “over 80% of the gambling industry’s advertising is in the largely unregulated online world” and that a ban on TV advertising would not address this issue.

“If the RGA and gambling companies are serious about protecting vulnerable gamblers, then they should start by looking at where they spend the most money, what has the least level of regulation and where there is most evidence of harm: the online world,” he said.

Van Rooyen’s intervention follows reports last week that the RGA was ready to voluntarily agree a TV ad ban during sports broadcasts that began before the 21:00 ‘watershed’ amid growing concern about the societal impact of the UK’s gambling habit.

The RGA responded to a BBC report of the plan by denying that a complete ban had yet been agreed.

Van Rooyen denied that his views were those of “a broadcaster scared of losing TV ad revenue”, pointing out that the pay TV operator had agreed to limit the number of gambling ads to one per commercial break.

He said that TV advertising is “already highly regulated” and that online advertising, by contrast, is not regulated to anything like the same extent. Van Rooyen said that pulling TV advertising would simply shift advertising “even further online”  enabling targeting of the vulnerable via smartphones, tablets and computers, as well as depriving broadcaster of ad revenue in favour of gambling firms and online technology companies that avoid their tax commitments.