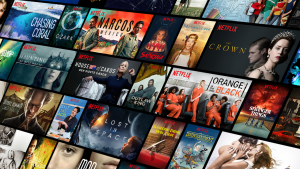 Danish telco TDC, which provides residential services under the YouSee brand, is integrating Netflix into its TV offering and will add a dedicated Netflix button to its TV remote controls next year.

YouSee, which already has a partnership with Netflix, is moving to provide integrated billing for the subscription video-on-demand service as part of its own Bland Selv offering, which allows customers to pick and mix various broadcast and streaming services.

YouSee managing director Jacob Mortensen said that the company had “long wanted to offer Danes” the most popular streaming service as part of its TV package and added that the launch marked “a really big day for both us and our customers”.

Netflix’s director of business development in Europe, Rene Rummel-Mergeryan, said that the agreement would “make it even easier for Danes to access our unique content”, including Danish original The Rain, which is set to go into its second season next year.

YouSee has been upping the streaming offering on its service in recent weeks, adding local SVOD service Nordisk Film+ and Fox+, the streaming service from Fox Networks Group Europe & Africa.