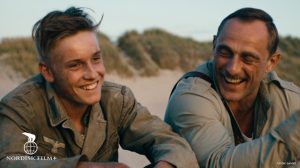 The Egmont Group-owned Nordisk Film service will offer a mix of Danish feature films combined with films from across the Nordic region and major international blockbusters.

Nordisk Film said that new movies would be added to the offering every week.

Kenneth Wiberg, director of Nordisk Film Distribution, said that the group aimed to take the service to the rest of the Nordic region following its launch in Denmark.

Jacob Mortensen, managing director of YouSee, said that it was “crucial that we as a small country and as part of the Nordic region can also see films that reflect our history, everyday life and special humour”.

Nordisk Film already offers two other streaming services. Dansk Filmskat, which offers Danish film classics, and My Bio, with provides a diet of family-friendly content, are already part of the Bland Selv offering.

YouSee’s addition of the Fox offering follows the striking of a partnership between the pair to launch a new joint-venture channel for Denmark, Xee.

Together with Fox+, the launch of Nordisk Film+ takes the number of streaming services offered by YouSee as part of its Bland Selv offering to 10.