Oculus founder Palmer Luckey has claimed that “no existing or imminent VR hardware is good enough to go truly mainstream, even at a price of $0.00”. 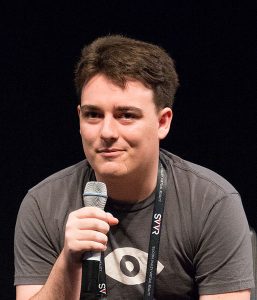 In a post on his personal blog titled ‘Free isn’t cheap enough,” Luckey, who parted ways with Oculus’ parent company Facebook last year, claimed that hardware sales are a “meaningless metric for the success of VR” and that “engagement is everything”.

“You could give a Rift+PC to every single person in the developed world for free, and the vast majority would cease to use it in a matter of weeks or months,” said Luckey, claiming that it is not cost that holds people back.

“I know this from seeing the results of large scale real-world market testing, not just my own imagination – hardcore gamers and technology enthusiasts are entranced by the VR of today, as am I, but stickiness drops off steeply outside of that core demographic.

Luckey, who since leaving Oculus has set up a US defence company called Anduril to tackle national security challenges, said that he would put a hypothetical “ultimate ceiling” for VR in the next two years at perhaps 50 million active users – well short of its full potential.

“Virtual Reality is reasonable candidate for most important technology of the century,” he said. “The real debate should be over the timeline for adoption and how many boom/bust cycles VR will see between inception in the 1960s and eventual, inevitable dominance as the final platform.”

“We can minimise and perhaps eliminate those cycles with better hardware, broader content, and a deep understanding of how to best interface with a human perceptual system that varies significantly across age, gender, and race. Every dollar that goes into making those things better now will pay huge dividends down the road.”