Jaunt, the VR and AR company backed by the likes of Sky, Disney and ProSiebenSat.1, has upped its vice president of global business development and strategy, Mitzi Reaugh, to CEO. 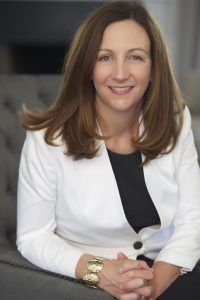 Reaugh is due to take up her new role on October 1 and will succeed George Kliavkoff, who is stepping down as CEO to take a new position in the entertainment sector, which is yet to be announced.

For the past two years Reaugh has worked closely with Kliavkoff and Jaunt’s leadership team to help evolve Jaunt into a B2B company focused on providing immersive solutions for partners. Kliavkoff will remain a member of the Jaunt board of directors.

Before joining Jaunt in 2016, Reaugh previously worked at The Chernin Group, Miramax films and NBCUniversal, where she part of the team that formed and launched Hulu. She is also on the boards of Harmonic and Entertainment One.

“I’m honoured to have been chosen by the board of directors to lead the company forward. The future of content is immersive, and Jaunt will continue to deliver industry-leading production and technology that brings scale, impact and ease to our global partners,” said Reaugh.

“This is an exciting new chapter in Jaunt’s story, as we continue our tremendous growth as a leader in immersive content creation and distribution,” said Jaunt founder and chief technology officer Arthur van Hoff.

“George and Mitzi together have set us on a clear business course to be the premier partner for brands and publishers around the world, and their close collaboration has led to a smooth transition. Mitzi has been instrumental in our evolution, and her extensive experience in emerging content formats, digital media, entertainment and technology makes her the natural choice. I have the utmost confidence in her leadership as our new CEO, and in our entire team.”