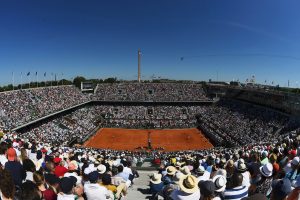 Eurosport is to launch a dedicated 4K UHD TV channel this Sunday, kicking off with Ultra HD coverage of the Roland Garros tennis championship in Paris.

The channel will air every match from the Philippe Chatrier centre court in the format. The channel will be branded Eurosport 4K and will be available in the UK via the Sky Q and Virgin TV platforms, in France via Canal+’s new Canal 4K Ultra HD box via satellite or via the Apple TV 4K box over the web, in Germany on the HD+ platform and in Spain via Orange España.

Eurosport said distribution in further territories would be confirmed soon.

The launch of the 4K UHD TV channel represents the first time Eurosport has broadcast a live sporting event in Ultra HD in multiple markets at one time following Eurosport Germany’s – transmission of the Bundesliga fixture between 1 FC Köln and Borussia Dortmund in UHD in February.

“Eurosport has become a by-word for innovation and our tennis coverage is no different – we are always looking to push the boundaries to make our coverage more compelling for tennis fans across Europe,” said Emir Osmanbegovic, SVP sports content and production at Eurosport

“We have already taken our coverage to a whole new level through short formats such as The Coach which combines analysis and technology through a mixed-reality studio. Eurosport 4K is the most immersive viewing experience available and we are delighted that tennis fans across Europe will be able to experience the drama of Roland Garros in this way.”

The channel’s coverage of Roland Garros will span from May 27 to June 10.