MTG has appointed two new members to its leadership team following its decision to split the business into two companies – MTG and Nordic Entertainment Group. 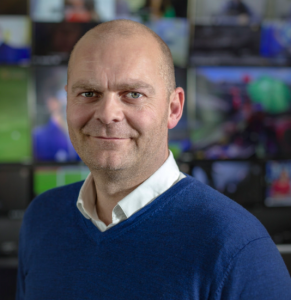 Both appointments are for the new MTG, which after the split will comprise MTG’s current esports, online gaming and digital video content operations.

Peter Nørrelund, who is currently executive vice-president and CEO of MTG Sport, will become MTG EVP, head of product development and incubation from July 1.

MTG said that additional leadership appointments will be made in due course. As previously announced, Jørgen Madsen Lindemann will be president and CEO of the new MTG and Maria Redin will be CFO.

“Their experience and passion will be instrumental as we develop and expand our portfolio of hyper growth global companies in esports, online gaming and digital video content.”

At the same time MTG announced that it has completed the sale of its 75% holding in youth broadcaster Trace for a total cash consideration of €30 million (approximately SEK 313 million).

MTG agreed to sell its majority stake in Trace in January and since then has announced the sale of its 95% shareholding in Bulgaria’s Nova Broadcasting Group to investment company PPF Group. The deal values Nova at €185 million.

The moves mark MTG’s ongoing strategic transformation from a traditional national broadcaster to a global digital entertainer. Last year it also sold its Czech TV assets for €116 million and its Baltic broadcasting business for €100 million.