MTG has agreed to sell its 75% stake in youth broadcaster Trace in a deal that values 100% of the business at an enterprise value of €40 million (approximately SEK 392 million). 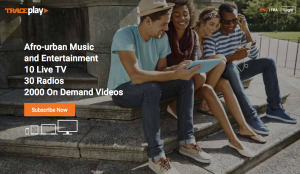 MTG agreed to sell its majority stake in the media group to TPG Growth, a division of investment firm TPG that has more than US$13 billion of assets under management.

The move is the latest sign of MTG’s digital-focused strategy and follows the sale last year of its Czech TV assets for €116 million and its Baltic broadcasting business for €100 million.

“Our focus at MTG is on the accelerated digital transformation of our broadcasting businesses, and the rapid expansion of our MTGx digital entertainment portfolio,” said Jørgen Madsen Lindemann, MTG’s president and CEO.

“Trace is a great business that we have enjoyed developing together with its talented management team over the past four years.”

MTG has been making increasingly big steps into the digital world, investing €82.6 million to increase its shareholding in mobile and browser-based games company, InnoGames, from 21% to 51% last May.

In July it closed its US$55 million acquisition of US games publisher and developer Kongregate while in November it launched a US$30 million investment fund, targeting minority investments in “high-potential” US and European online gaming businesses.

Trace is an Afro-urban entertainment firm that owns a number of music and entertainment-focused TV channels, as well as radio, online and mobile assets – including the Trace Play streaming service, which it is currently rolling out around the world.

The company is big in Sub-Saharan Africa, France, the Caribbean and the Indian Ocean area, and claims its services are available in 160 countries to more than 200 million viewers and listeners.

MTG’s sale of its Trace stake is subject to regulatory approvals.