CCS Insight: 22 million VR and AR headsets to be sold this year

Virtual and augmented reality headsets and glasses will reach sales of 22 million units this year and will grow fivefold to 121 million in 2022, according to CCS Insight. 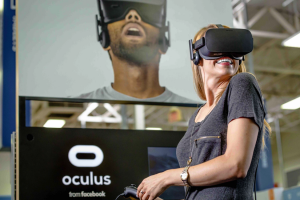 The research firm forecasts that smartphone VR will account for the bulk of the sales volume but dedicated VR devices will drive more revenue.

The VR and AR headset market is expected to grow to value of US$9.9 billion in 2022, at which point dedicated devices will account for 63% of the market.

“Virtual reality headsets have been the main source of growth in unit sales to date, and we expect this will continue, particularly headsets that use a smartphone,” said George Jijiashvili, CCS Insight’s senior analyst for wearables.

“However, we expect stand-alone headsets like the Oculus Go and HTC Vive Focus to ignite a new wave of growth that will help broaden the appeal of virtual reality, particularly with businesses and in education.”

CCS expects gaming to remain the primary driver of VR device sales in the next few years, claiming that nearly 70% of consumers who own a dedicated VR headset like an Oculus Rift, HTC Vive or Sony PlayStation VR have bought games for it.

“There’s a growing array of exciting new content being developed,” said Jijiashvili. “We were encouraged to see in our latest consumer survey that virtual tourism, remote participation in events such as music concerts, and virtual social interactions are all emerging as further uses for virtual reality. Watching video is also proving popular, particularly on smartphone-based headsets.”