AzamTV lining up for Zimbabwe launch

Pay TV service AzamTV is to expand beyond its East African home territory with a launch in Zimbabwe, according to local press reports. 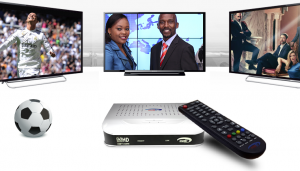 Azam Media parent Bakhresa Group’s general manager was cited as saying the had been in discussion with the Zimbabwean officials and the local regulator to secure relevant permissions for the project.

AzamTV will compete head to head with Multichoice’s DStv and recent entrant Kwesé TV in the Zimbabwean market, offering a mix of over 100 channels, with packages starting from the equivalent of US$5.

Bakhresa launched AzamTV five years ago, taking capacity on the Eutelsat 7A satellite, initially in its home market of Tanzania. It has since expanded to Kenya, Uganda and Malawi.

The sub-Saharan TV subscriber base is expected to grow by 74% to more than 40 million over the next five years, according to Digital TV Research, with revenues climbing by 41% to US$6.64 billion.

The market is dominated by Multichoice, which operates the DStv brand, with Chinese rival StarTimes making headway in a number of markets.

Econet Media-owned Kwesé TV, which recently took an investment in SVOD service Iflix and is owned by Zimbabwean businessman Strive Masiyiwa, has launched in a number of territories across sub-Saharan Africa, excluding Tanzania, where it has yet to secure a licence.