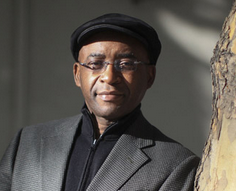 The deal deepens the two companies’ existing partnership, with Kwesé and Iflix first partnering in August to launch a version of the latter’s emerging markets SVOD service in sub-Saharan Africa.

Iflix now has operations in Nigeria, Kenya, Ghana and South Africa, and claims an “extensive collection” local African and international series and movies – including some first-to-market and exclusive programming.

Kwese said that Iflix Africa will be its “core vehicle” for delivering mobile experiences to millions of viewers in Africa, with both companies having already committed “extensive resources” to the offering. Terms of the deal were not disclosed.

“Our companies share a mutual passion for innovation, along with a deep understanding of the culture and evolution of digital businesses,” said Strive Masiyiwa, Econet Group’s founder and executive chairman.

“Mobility in content consumption has grown exponentially in Africa and by partnering with Iflix Africa we are ensuring that we are not only taking part in the evolution, but are leading the movement.”

Iflix group co-founder and CEO, Mark Britt, described the strengthening of its relationship with Econet Group as a “huge milestone” for Iflix.

“Following the initial phase of building our business in Africa, we have seen tremendous growth across our operating markets, far exceeding our expectations,” said Britt.

“Econet’s deep experience and success in media and telecoms, will be a huge advantage and enable us to continue to grow rapidly.”

Iflix is now available across 24 territories throughout Asia, the Middle East and Africa and claimed that a milestone 10-billion minutes were streamed across its platform in 2017.

Kwesé launched its pay TV offering in Africa early last year and it is now available in 13 countries. The company has also built a pan-African free-to-air broadcast network showcasing Kwesé Free Sport in over 25 countries.

To read more about Kwesé see our interview from last year with Econet Media’s president and CEO, Joseph Hundah.