Sky and BT have each renewed their Premier League rights, with Sky taking four and BT one of the live rights packages for a total of £4.46 billion (€5 billion). 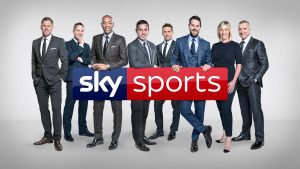 Two of the seven packages for the three seasons from 2019 to 2022 are still available, with a move for rights by a new entrant like Amazon or Facebook yet to materialise.

Sky’s deal means that it will show more matches than ever before. Its four packs of rights total 128 games a season, up from 126 matches currently.

Sky has secured every first-pick weekend match, plus Saturday evening fixtures for the first time and will pay £1.19 billion per year for the new rights – down by £199 million per annum compared to its current agreement.

BT will continue to show games at 5.30pm on Saturdays next season and then move to Saturday lunchtime fixtures from August 2019.

“Their enthusiasm for the two remaining packages, which were designed to appeal to streaming players, is apparently not as high as the Premier League had hoped, with the reserve prices reportedly not met.”

“As we predicted, there was only one likely scenario, the status quo. And this is a huge sigh of relief for both BT Sports and Sky Sports,” said Paolo Pescatore, vice president, multiplay and media, CCS Insight.

Stephen van Rooyen, Sky’s UK Chief Executive, said: “Not only do we remain the home of Premier League football but also the home of top quality drama, entertainment, comedy and other sports. Our disciplined approach means we continue to have the flexibility to invest in each of these areas as we choose, underlining our position as Europe’s largest investor in content.”

Premier League executive chairman Richard Scudamore said: “We are extremely pleased that BT and Sky continue to view the Premier League and our clubs as such an important part of their offering.”

“To have achieved this investment with two packages of live rights remaining to sell is an outcome that is testament to the excellent football competition delivered by the clubs.”