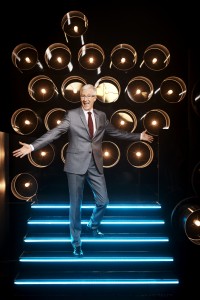 Viacom has highlighted the strength of the performance of its UK channels last year, led by free-to-air broadcaster Channel 5, which delivered the largest audience growth among the country’s public service broadcasters, according to the media group.

Channel 5’s audience grew by 5% to deliver a 6.51% share of all TV viewing, the service’s best performance since 2004. The Channel 5 portfolio, including 5Star, 5USA and 5Spike, also delivered its highest share of viewing to date among the sought-after ABC1 audience segments and 16-24 year-olds, according to Viacom. The portfolio achieved a 5.58% share of this group, which it said reflected its investment in factual and documentary shows including Slum Britain: 50 Years On, produced in partnership with Shelter and natural history documentary, Alaska: A Year in the Wild.

The rebranded 5Spike meanwhile saw a 32% increase in viewing share for all individuals.

Viacom’s overall portfolio of channels achieved an 8.4% share of all TV viewers. Comedy Central grew its 16-34s audience by 11% and achieved its best year on record, while Nickelodeon grew 7% and is the number one ranked kids network in pay TV homes, the media group said.

James Currell, President for Viacom’s UK operations, said: “It speaks volumes for the strength of Channel 5’s performance last year that it gained share from its rivals and won over new audiences in the most intense competitive environment I can remember. It is clear proof our investment in reinventing Channel 5’s schedule is paying off and is contributing strongly to the overall growth of our UK business.”