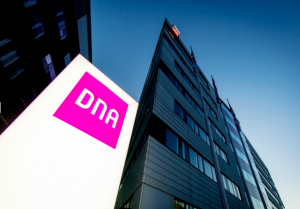 Finnish cable and digital-terrestrial pay TV operator DNA has said it could drop Discovery’s channels on January 1 after being unable to meet the factual channel’s demand for higher distribution fees.

The current deal between the pair expires at the end of December.

We are actively working on reaching an extension agreement with Discovery. Negotiations are ongoing, and we hope that they will lead to a resolution as soon as possible,” said Pekka Väisänen, SVP of DNA’s consumer business.

The dispute is the latest in a series between Discovery and distributors in the Nordic region and elsewhere. The programmer’s channels disappeared from Swedish operator Com Hem’s cable and digital-terrestrial networks temporarily at the end of August, before the pair came to a deal that saw them reappear shortly afterwards. Last year, Discovery also had a dispute with Telenor-owned Canal Digital over carriage terms.

Discovery has also this year been in a bitter dispute with Sky Deutschland. Discovery holds rights to a group of Bundesliga football games in Germany that are aired on its Eurosport service. The programmer failed to struck a deal with the pay TV provider over carriage of the channel and launched a separate Eurosport package on the HD+ platform instead.