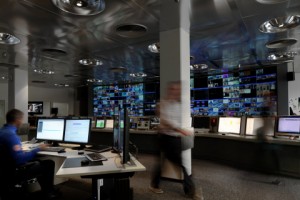 Discovery Networks Germany is to launch a Eurosport package on satellite operator SES’s HD+ platform that will include coverage of top-tier German football, sidestepping the need for a deal with Sky.

Discovery had earlier indicated that the 45 Bundesliga matches to which it holds exclusive rights would only be available online via Eurosport Player in Germany, following the failure of the channel provider and pay TV operator Sky to come to a deal.

Under Discovery’s agreement with SES, HD+ will offer a Eurosport package that will include access to new sports channel Eurosport 2 HD Xtra and the Eurosport Player on any devices. The Eurosport 1HD channel joined HD+ last year.

HD+ was available to two million subscribers at the end of last year, up 15% year-on-year, providing 23 encrypted HD channels for €70 a year. The Eurosport package will be available for an annual subscription of €55.

“The success HD+ has enjoyed in 2016 illustrates that content in HD, and especially sports content, matters to TV viewers. This new cooperation with Discovery Networks and Eurosport is key for the positioning of HD+, as this is the first time we offer our customers exclusive content in addition to the free-to-air-portfolio. This new pay TV package is available to households already enjoying HD+, and is an ideal addition for Sky customers who want to be able to see all the Bundesliga games live from now on. Based on our possible technical reach of nearly 18 million households in Germany at 19.2° East, we are the leading HD supplier via satellite and the ideal partner to distribute sports content to fans across the country,” said Georges Agnes, chief operating officer at HD+.

“We see it as our mission to bring as many attractive Bundesliga matches to as many screens as possible. With its extensive reach and a strong product, HD+ is the perfect partner for us. Together we can offer a 360-viewing experience, be it on the big screen or on other devices,” said Susanne Aigner-Drews, SVP and general manager, Discovery Networks Germany.

News of the deal came a few days before the start of the Bundesliga season.

Discovery acquired the German Football League’s Package A, giving it the rights to 30 Friday night matches, five Sunday and five Monday matches and relegation playoffs after new rules determined that no single pay TV platform could acquire all of the rights.

It had been widely expected that Discovery would make the matches available to Sky viewers, but the pair failed to come to an agreement. In an increasingly bitter dispute, Discovery secured an injunction to prevent Sky from claiming in its advertising that it all Bundesliga games would be available via its platform.