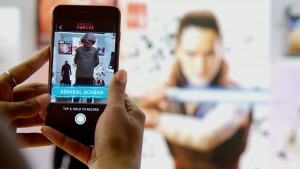 The new group, the Augmented Reality Framework (ISG ARF), will aim to synchronise efforts and identify use cases for developing an AR framework with relevant components and interfaces.

It will provide technical requirements for AR specifications in order to ensure interoperable implementations that will benefit both technology providers and end-users, according to ETSI.

The group elected b<>com’s Muriel Deschanel as chair and Ralf Schäfer of Frauenhofer HHI as vice-chair.

The group, which initially met on November 30 and December 1, will meet in Berlin on February 1 and 2, when it will organise a free-to-attend workshop.

“There are huge differences in AR applications but mapping digital information with the real world implies the use of a set of common components offering functionalities such as tracking, registration, pose estimation, localization, 3D reconstruction or data injection. The development of such a framework will allow components from different providers to interoperate through the defined interfaces,” said Deschanel.

“This will in turn avoid the creation of vertical siloes and market fragmentation and enable players in the eco-system to offer parts of an overall AR solution.”