Niantic, the augmented reality (AR) gaming company behind Pokemon Go, has raised US$200 million in funding. 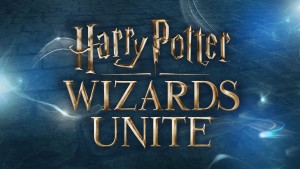 The news, which was reported first by the Wall Street Journal, comes in the same month that Niantic announced it has partnered with Warner Bros. Interactive Entertainment and WB Games San Francisco’s development team to create Harry Potter: Wizards Unite.

The new Series B funding round was led by Spark Capital and included participation from Founders Fund, Meritech, Javelin Venture Partners, You & Mr Jones and NetEase.

“This round enables new strategic opportunities and enhances our ability to make long term investments in augmented reality and the Niantic real-world platform,” said Niantic CEO, John Hanke, in a statement.

Niantic launched its first AR mobile game, Ingress, almost five years ago, turning real streets, neighbourhoods and cities into a global game board designed to bring people together in a shared digital reality.