The US Federal Communications Authority has approved the new ATSC 3.0 standard for use by broadcasters, enabling them to offer advanced interactive services to complement over-the-air signals, including targeted advertising.

The FCC voted three to two to approve the standard, with Commissioners Mignon Clyburn and Jessica Rosenworcel voting against and expressing concern that the measure would impose additional costs on consumers, leaving some behind in the rush to adopt the new technology. 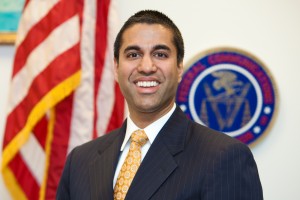 The FCC’s order requires broadcasters that use the new system to forge partnerships with another local station in their market to simulcast programming in the current ATSC 1.0 standard for the time being, and requires them to provide advance on-air notifications to educate consumers about deployment of the new services. It also requires them to observe current public interest obligations.

FCC chairman Ajit Pai hailed “an exciting day for technological innovation, and a historic day for the broadcast business” and claimed ATSC 3.0 as “the world’s first IP-based broadcast transmission platform” that would bring UHD TV, TV on smartphones and enhanced public safety features to consumers.

Pai said that the move to ATSC 3.0 would be “a voluntary, market-driven transition” and condemned opponents “who stubbornly cling to the past, who choose fear and opportunism over freedom and opportunity” and wanted to use the regulatory process to “strangle Next Gen TV in its infancy”. He compared critics to 19th century opponents of automobiles who “demanded a requirement that a car be preceded by a person carrying a red flag to warn people that the car was coming”.

Commissioner Jessica Rosenworcel however condemned the absence of any plan to ensure backwards compatibility and said the move to next-generation TV would likely lead to higher prices for consumers as broadcasters negotiated simulcast deals with cable and satellite providers. She said the way the ATSC 3.0 plan was being implemented demonstrated “an ugly disregard for the consumer consequences”.

Rosenworcel also said that regulators need “to better understand targeted advertising on television and the implications for privacy, the use of encrypted signals, the collection of audience data, and the susceptibility to hacking and malware”.

She also raised concerns that there was inadequate provision in the measure to ensure that patented technologies would be used with “reasonable and non-discriminatory terms”. Sinclair Broadcasting, one of the key advocates for the new standard, holds a number of patents that are part of ATSC 3.0.

Broadcasting groups welcomed the move. Pearl TV , which represents 360 network-affiliated stations, congratulated the FCC for “their pro-innovation vote that has the potential to transform television viewing”. Pearl had earlier announced what it said was “he first collaborative single-market effort to plan for and implement a transition to next-generation over-the-air television” in Phoenix Arizona, in partnership with other broadcasters.

The ATSC also welcomed the decision. ATSC president Mark Richer said that the standard had already been deployed in South Korea and that it would help both US and international broadcasters to innovate. He said the orgnanisation expected “to put the finishing touches on the remaining components of ATSC 3.0 this year”.

Consumer electronics manufacturers are among those that stand to benefit, in their case from the potential boost to sales of new equipment as a result of the adoption of the standard, with Jong Kim, SVP at LG Electronics – a holder of patents used in the standard – hailing approval of “the flexible, extensible new ATSC 3.0 standard”.