Movistar: scale and international value key to taking on Netflix 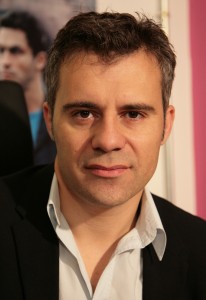 Producing local drama series with significant scale and shows that can be exported internationally are the best ways to take on global players such as Netflix, according to Domingo Corral, head of programming at Movistar+.

Speaking at MIPCOM in Cannes this morning, Corral pointed out that big international SVOD players  are only producing small numbers of shows in specific local markets, presenting an opportunity to local players.

He claimed that the Spanish market remains fragmented with possibly too many series being created. Spain has seen the launch of multiple digital services in the last few years, including the likes of Netflix.

“The question for Movistar is how to compete with these big conglomerates. We have to stay in this game. Customers that have TV are far more inclined to stay with us so TV is critical,” said Corral.

He claimed that Movistar values the importance of original programming and has decided that 12 shows a year is the right amount to give the company sufficient scale.

He added that Telefonica wants to be in this game for the long term and that Movistar is trying to create “very Spanish shows” with local talent.

“These shows have to have international production values at the same time,” said Corral, describing the “bold, risky decisions” Movistar has decided to take in terms of the shows it produces.

“I think TV series have been liberated from the constraints that TV had in the past. The audience has become more sophisticated. Even though… the world is overcrowded, if Movistar has the best talent, takes risks…and locates our stories in our Spanish and European tradition and culture, I think we’ll have a chance to succeed,” he said.

Speaking on the same session, Jane Millichip, managing director, Sky Vision, said that Movistar had been a great partner for Sky. “We have partnered with Movistar and Altice in France and that is a good thing,” she said.