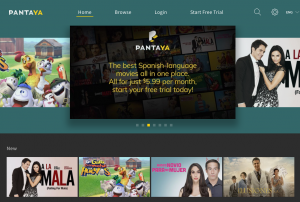 Lionsgate and Hemisphere Media Group have launched Pantaya, a Spanish-language OTT service dedicated to premium content for the Hispanic community in the US.

The SVOD service is set to feature a diverse selection of Spanish-language content, including films from Latin America and Hollywood, documentaries, concerts and other original premium content.

It will be available on the web, iOS, Android, and Roku platforms in the US and Puerto Rico, as well as Prime members on Amazon Channels for US$5.99 a month (€5).

Pantelion Films is a joint venture between Lionsgate and Grupo Televisa that looks to deliver content to a Hispanic audience. Presburger is also Pantelion’s CEO.

Lionsgate CEO Jon Feltheimer (pictured) said: “This platform is the next logical step in Lionsgate’s track record of serving the Hispanic consumer with high-end premium content through our Pantelion Films venture with Televisa.

“By drawing upon the blockbuster films, vast libraries and world-class programming resources of its partners, Pantaya is positioned to become a compelling value proposition for Spanish-language and bilingual audiences across the country.”

Hemisphere’s CEO Alan Sokol said: “We’re thrilled to be partnered with Lionsgate in the launch of the premier Spanish-language OTT platform that delivers first-run and bold content.

“Pantaya is user friendly, accessible and will provide Hispanic movie lovers in the U.S. an entirely new way to watch movies and connect with their cultures.”