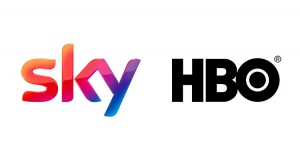 A drama based on the Chernobyl catastrophe is the first high-end series to come out of the US$250 million production pact between HBO and Sky.

Chernobyl will be a fictional version of the events that surrounded the accident in a Ukrainian nuclear power plant in April 1986, which caused 31 deaths and likely many more from subsequent cancer-related illnesses.

Jared Harris (Mad Men, pictured) will play Valery Legasov, the Soviet scientist chosen by the Kremlin to investigate the accident.

US premium cable channel HBO and European paycaster Sky announced their production deal in April, with plans to coproduce two big-budget drama series per year from either American or European producers.

Chernobyl comes from Jane Featherstone’s UK-based Sister Pictures and The Mighty Mint. It will be executive produced by Carolyn Strauss (Game of Thrones), Jane Featherstone (Broadchurch) and Craig Mazin, who wrote the scripts. It is commissioned by Sky’s director of programmes, Zai Bennett, and head of drama Anne Mensah.

Chernobyl will begin filming in Lithuania in Spring 2018. It will be available later on Sky Atlantic and TV streaming service Now TV in the UK and Ireland, and on Sky Atlantic in Italy, Germany and Austria.

Gary Davey, managing director of content at Sky, said: “In Chernobyl, Craig Mazin has achieved something unique – his script is second to none, effortlessly combining the visceral, the tragic and the heroic perspectives behind this devastating event.

“The scale of the production makes it a perfect first project for our co-production partnership with HBO, encapsulating our ambition to develop high-end drama with international viewpoints and casting. We look forward to working closely with HBO to bring this important story to Sky Atlantic viewers.”

This April it was announced that Sky and HBO would be pairing to develop and commission “high-end productions that feature engaging stories with international points of view and casting”.