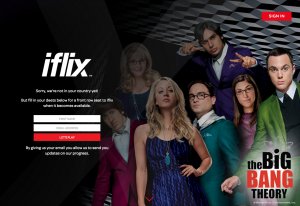 The firm has also established a new regional headquarters for MENA in Dubai, United Arab Emirates.

“Our launch in the Middle East and North Africa represents the incredible vision, hard work and sacrifice by everyone in the Iflix team,” said Iflix group co-founder and CEO, Mark Britt.

“To have grown from a small but ambitious 20-person operation without a live service, to launching a global business in now our second region with eight new markets and 80 staff in MENA alone, in less than two years, is a testament to that commitment.”

Britt described MENA as “one of the fastest growing and most exciting online markets in the world” and said that Iflix’s aim is to “redefine entertainment in emerging markets”.

The latest rollouts come just a month after Iflix launched in Myanmar, its tenth market in Asia. The service first went live in 2015 in Malaysia and the Philippines and is also available in Thailand, Vietnam, Brunei, Indonesia, Sri Lanka, the Maldives and Pakistan.

Iflix offers TV series, movies, kids programmes and local and regional Arabic and Asian content. Users can access the service on up to five devices, download content to watch offline, and watch two programmes at the same time if they opt to share a subscription with friends or family.