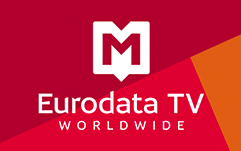 Eurodata TV Worldwide has used the MIPTV event in France to reveal some of the results of its first four-screen aggregated measurement initiative.

The audience measurement highlighted the differences in viewing patterns in two European markets: France and the Netherlands.

Eurodata used audience measurement techniques that encompassed all screens and time-shifted viewing and aggregated this together with linear viewing numbers.

While global online multiscreen and time-shifted viewing has jumped significantly, particularly among millennials, overall daily viewing time has barely changed over the last year, falling by three minutes in aggregate to just over three hours, according to Eurodata.

There are significant regional variations, however, with small decreases in viewing time in Europe, continued strength, with over four hours of TV viewed daily, in North America, and continued growth in TV viewing in Latin America – the only region where viewing hours in aggregate are actually increasing.

Speaking on the opening panel session at MIPTV, Sahar Baghery, head of global media research and content strategy, Eurodata TV Worldwide at Mediametrie, said broadcasters were testing more immersive experiences, citing the example of viewers being enabled to become coaches for The Voice via VR headsets in France.

Baghery said that for content providers and broadcasters, a presence on social networks like Facebook is becoming ever-more important. Emerging strategies to reach millennials include deals to create shows exclusively for video messaging platform Snapchat, as Disney has done with a number of formats. NBC Universal has meanwhile ploughed US$500 million into Snapchat, which has in turn invested in original shows.

One emerging content trend related to the emergence of global online platforms is the growing internationalisation of the content business, with imported content now coming from a much wider variety of territories than the US, according to John Peek, director, the TAPE Consultancy, speaking on the same panel.

In scripted content, 70% of content is local with 30% now accounting for 30% of the global total, with Turkey are Russia among the exporting powerhouses. While US content accounts for 7% of scripted imports globally, Turkey accounts for an impressive 25% and Russia 15%. India and the UAE come joint third with 11% each.

Peek said that the quality of content from international markets was increasing, leading to greater cross-cultural trading, with Turkish telenovelas now finding their way to Latin America, for example.