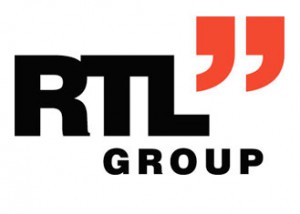 RTL Group remains committed to a digital expansion strategy despite uncertainty over the future of multichannel network BroadbandTV and expects digital to account for at least 15% of overall revenues within the next three to five years, according to co-CEOs Anke Schäferkordt and Guillaume de Posch.

The affirmation came as the Luxembourg-based media group reported 31.9% digital revenue growth for 2016, taking its total to €670 million. Digital now accounts for 10% of the group’s overall revenues.

RTL said the growth was mostly organic. All of the three main businesses of the RTL Digital Hub – BroadbandTV, StyleHaul and SpotX – continued to show strong growth. Year-on-year, BroadbandTV was up 131%, StyleHaul was up 54%, and SpotX was up 18%.

“2016 was another record year for RTL Group. We continued our growth track, with both revenue and EBITA at an all-time high, and at the same time, our three most important business units – Mediengruppe RTL Deutschland, Groupe M6 and FremantleMedia – reported higher operating profits. Mediengruppe RTL Deutschland generated a record profit for the fifth consecutive year, exceeding the level of €700 million for the first time. Groupe M6 profited from a positive one-off effect financially and from the Uefa Euro 2016 in terms of audience shares. We are a very cash-generative business, giving us all financial means for both – further investments and attractive dividend payments to our shareholder,” said Schäferkordt and de Posch. “While we currently review our options for BroadbandTV, this does not change our overall strategy – broadcast, content, digital – which focuses on two main investment goals.

One is to further expand and develop our digital businesses where global scale in content aggregation and advertising technology becomes ever more important. This is paying off: our digital businesses continued to grow dynamically and we already reached our target that 10 per cent of the Group’s total revenue originate from digital.” the pair also paid tribute to the contribution of production oufit FremantleMedia and highlighted the latter’s exclusive deal with Amazon. “The other investment goal is to further grow content production. FremantleMedia is making sound progress with its push into high-end drama.

Following the premiere of The Young Pope in October 2016, we are looking forward to seeing American Gods going on air in spring. In a ground-breaking deal with Amazon, we were also able to bring this extraordinary series to viewers worldwide – thanks to the close collaboration between the production and distribution business of FremantleMedia. Exclusive content like this is the power engine for everything we do in the total video universe,” they said.