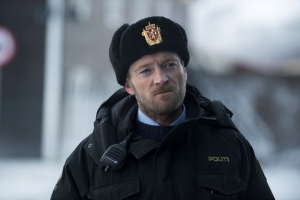 Supernatural drama Fortitude is on Sky Atlantic in the UK and now has Amazon as its US partner after the streaming service bought it for the US.

The SVOD service becomes the latest US home for the series, which was originally set for Starz, but then ended up on Pivot, the cable network that subsequently closed.

Season one of the show, which follows mysterious events in a small Arctic community, has been on Amazon since early 2016. The e-commerce giant will market the show as an Amazon Original in the US.

“In Fortitude, our customers will experience Dennis Quaid in a remarkably compassionate role, joined by an ensemble cast that has resonated with audiences globally,” said Joe Lewis, head of comedy, drama and VR, Amazon Studios. “We’re excited to add such a beautiful and captivating series to our originals slate.”

“Fortitude is high-end, addictive viewing and perfectly suits Amazon’s scripted portfolio,” added Jane Millichip, managing director, Sky Vision. “Amazon has been a keen supporter of the series from the outset, having taken an SVOD window on season one. We’re delighted to now extend the relationship and make Amazon the home of our most successful returning Sky Atlantic original drama series.”

Spanish-language series Locked Up, meanwhile, was popular on Antena 3 in Spain, and two seasons will now launch on Amazon’s streaming service in the US with English subtitles. The show, about life in a women’s prison, is produced by Mediapro-owned production company Globomedia.

Mediapro’s Imagina distributes the series and struck the Amazon deal having recently sold it to UK on-demand service Walter Presents.