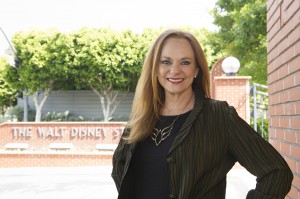 Disney chief financial officer Christine McCarthy has played down the idea that Disney is looking to make a “transformational” acquisition with an implied reference to market speculation about a possible purchase of Netflix.

Speaking at the Citi Internet, Media & Telecommunications Conference in Las Vegas, McCarthy said: “I too have heard that narrative but nothing has changed in our approach to M&A. M&A is still a part of our overall growth strategy.”

She said that Disney had a three-pronged approach to strategic acquisitions, and added said Disney had a “very robust screening process and evaluation process” before it made any acquisitions.

She said that Disney would focus on investing in “high quality branded content”, in “leveraging technology to create content, enhance experiences of content and improve accessibility of our content”. She added that Disney was also looking to expand its overseas business.

“The approach we take to acquisition is a very robust one,” she said, saying that Disney had a strategy of doing “very thorough” assessment of any purchases. “We are going to do transactions that will create long-term sustainable value,” she added.

She highlighted the relatively smaller-scale acquisitions Pixar, Marvel and Lucas as evidence that the company had a consistent acquisition strategy.

Turning to Disney’s moves into the direct-to-consumer space, McCarthy said that Disney had been at the “forefront of embracing new technology”, but said that mobility and the user interface were increasingly at the heart of the consumer experience.

“The user interface is important to Disney because it’s important to the consumer,” she said. “It allows us to have better customization and more personalisation.”

McCarthy said that Disney wants its content to be prominent on any new digital MPVDs that emerge, such as Hulu.

McCarthy confirmed that Disney expects to launch its direct to consumer ESPN offering this year, but added that it would not be a substitute for continued investment in the linear ESPN offering.

“It will have sport and sporting events that aren’t [on the linear service] and that is consistent with ESPN’s strategy of superserving sports fans of all types,” she said.

She added that live sports remained key to the company’s strategy.

Regarding future direct to consumer initiatives overseas, she described the UK Disney Life service as an experiment and one of a number of things that the company would continue to look at such initiatives, but declined to state more strongly that Disney would look to launch a wider direct-to-consumer entertainment initiative outside the US.