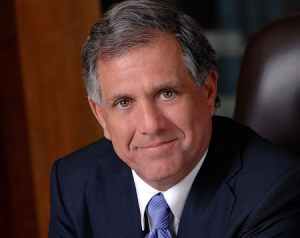 The majority shareholder of Viacom and CBS has urged the US media giants to re-merge.

National Amusements has sent an open letter to CBS Corp. chairman, president and CEO Les Mooves and the Viacom board of requesting they “explore a potential combination”.

CBS and Viacom operated as one company between 1999 and December 2005, but split ahead of the retirement of National Amusements chief Sumner Redstone, who in fact remains in his post today depsite conflicting reports over the 93-year-old’s health.

That saw the previous Viacom become broadcasting business CBS, with the new Viacom taking on the MTV, Comedy Central and Nickelodeon cable networks. National Amusements became controller of both companies, but kept them separate.

However, the open letter reverses that train of thought. “We believe that a combination of CBS and Viacom might offer substantial synergies that would allow the combined company to respond even more aggressively and effectively to the challenges of the changing entertainment and media landscape,” Sumner Redstone and his daughter, National Amusements president Shari Redstone, wrote.

“As a result, we would like both companies’ boards to consider a potential combination of the companies. Our tentative view is that optimal structure would be an all-stock transaction on which the stockholders of each company would receive shares in the combined company of the same class as they currently hold.”

Furthermore, Viacom’s board had made good on a recent promise to access debt markets to improve the company’s precarious financial situation.

The developments come after Viacom’s interim CEO, Tom Dooley, announced he would be leaving the company in November. He had succeeded Philippe Dauman, who lost a protracted and bitter boardroom war with the Shari Redstone this year and subsequently left the company after failing to persuade the board to sell 49% of film studio Paramount Pictures to a Chinese media group.

Shari Redstone is now a key power-broker in the companies’ futures, but will need to convince Moonves of the benefits of a merger. While Viacom has a sprawling international business that would benefit CBS, it also has a big debt pile and would initially drive the CBS share price down.

CBS had not publicly responded to the open letter at press time this morning.

Meanwhile, Viacom’s search for a new CEO continues, with Dooley remaining in his post to help with the process for the time being.