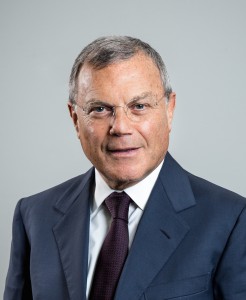 The CEO of advertising giant WPP, Martin Sorrell has predicted that Google and Facebook will be its two biggest media investments by 2018.

“Google and Facebook in 2017 may be, but in 2018 definitely will be our two biggest media investments,” said Sorrell, referring to WPP’s US$75 billion media portfolio.

“Google will take this year about US$5.5 billion, Facebook US$1.7bn, the Murdoch group will be about US$2.25. I would anticipate Facebook next year will be close to that, maybe even more, so the two dominant forces are going to be Google and Facebook.”

Asked to expand on his recent comments at the Edinburgh International Television Festival about an impending M&A “bloodbath” in the media industry, Shane Smith said: “There’s a massive consolidation that’s already happening, that’s accelerating – first of all in digital, on the digital platforms, and also in mainstream media.”

In his MacTaggart lecture in Edinburgh last month, Smith argued that the changing digital landscape meant “mainstream media companies” – which he categorised as including Disney, plus Comcast, Fox, Viacom and Time Warner – were facing a global market that would prove too difficult for all to survive, meaning they were all chasing scale.