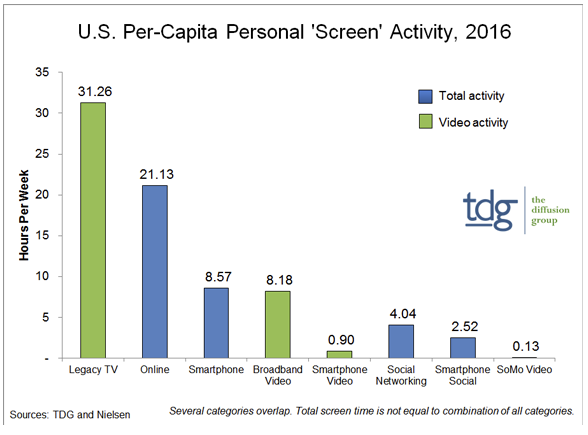 Growing time spent on social networking sites on mobile devices will lead to massive expansion of social-mobile video distribution in the next decade, according to The Diffusion Group (TDG).

The use of social-mobile networks for video consumption stands at 13 hours a week in the US, according to TDG, accounting for 10% of smartphone use and 14% of total smartphone video time.

The amount of time consumers spend on all types of screen – including TV, computers, tablets and mobile phones – is now in excess of 50 hours a week, with smartphones growing their share of the total, according to the research from TDG.