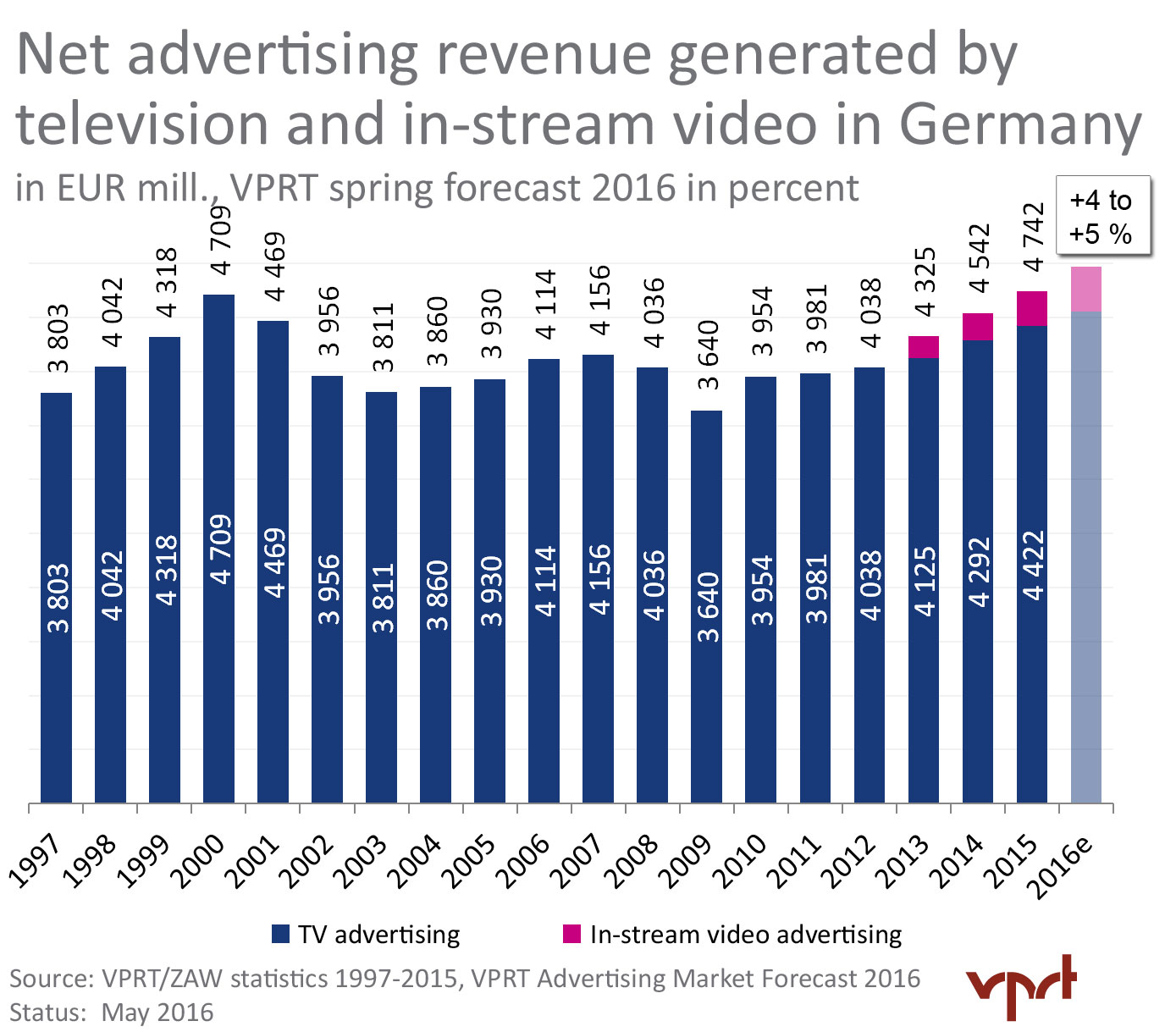 The German audiovisual advertising market should see growth of between 3% to 4% this year, taking total sales to €5.7 billion, with TV advertising growing by between 2% and 3% to €4.5 billion, according to figures compiled by the country’s commercial broadcasters’ association, the VPRT.

The TV forecast is on the low side relative to the 3% growth achieved last year. However, the market share of the overall advertising market held by TV is set to exceed 30% for the first time, with audiovisual advertising in general accounting for 38% of all advertising, up from 36% last year.

Net revenue generated by in-stream video advertising is set to grow by between 25% and 30%, taking its total to €400 million. Overall, says the VPRT, additional investment in TV and video advertising will total about €200 million, with revenues rising by between 4% and 5% to just under €5 billion.

Claus Grewenig, managing director of VPRT, said: “The figures impressively underscore the relevance of the radio and television industry, also as an economic factor. At the same time, the industry´s overall framework and its development potential are the key concerns of VPRT´s member companies. In view of the concrete results expected from the Federal and State Governments´ Committee on media convergence as well as the discussion on maintaining the freedom to advertise, we expect the political debate to focus on these concerns in 2016.”

Frank Giersberg, member of the board of directors and responsible for market and business development at VPRT, said: “High reach is becoming more and more valuable, which is why the industry is boosting its investment in radio and TV. At the same time, the media are investing more than ever before in new content, innovative products and advertising technology. This trend is expected to continue, so that the sector´s overall significance for the German economy will increase even further.”