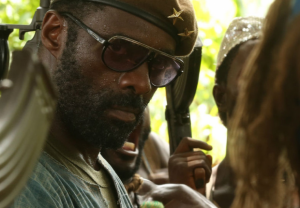 Beasts of No Nation

Netflix’s feature film, Beasts of No Nation, has performed poorly at the box office, although the US SVoD service has said it is pleased with the streaming performance of the movie.

The Idris Elba feature, from True Detective’s Cary Joji Fukunaga and following a group of rebel fighters and child soldiers in Africa, launched on Netflix on Friday and also had a limited theatrical release in indie cinemas in the US.

It recouped just US$50,699 (€44,765) across 31 cinemas on its debut. Netflix would not comment publicly on the streaming results, as is its policy with all of its shows, but privately said it was ‘very happy’ with the pick up of the film on its SVoD service.

Netflix paid a reported US$12 million for Beasts, beating out competition for the buzzy movie. It picked up the rights as it moved into original features and set out a new hybrid theatrical/SVoD release model.

The theatrical release means Beasts is eligible for Oscar and other award consideration. Critically the film was well received, receiving a 90% rating on Rotten Tomatoes and 78% on review aggregation site Metacritic.

In a statement issued to US trade The Hollywood Reporter, Netflix’s chief content officer Ted Sarandos said: “Whether in theaters this week or on any Internet-connected device now or in years to come, people all over the world are getting a unique opportunity to appreciate this film.”