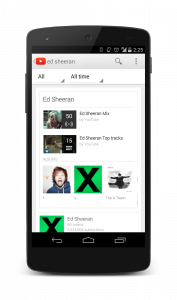 The time people spent watching video on YouTube increased 60% year-on-year in Q2, with the site’s reach surpassing that of cable TV for viewers under 50, according to Google.

Announcing its second quarter earnings results, the search giant said that watch-time on YouTube saw its fastest rate of growth in two years.

On mobile devices the average YouTube viewing session is now more than 40 minutes – up more than 50% year-over-year – according to YouTube’s parent company.

“On mobile alone, YouTube reaches more 18 to 49 year old in the US than any US cable network,” said Google senior vice president and chief business officer, Omid Kordestani, speaking on the firm’s earnings call.

“The number of users coming to YouTube, who start at the YouTube homepage similar to the way they might turn on their TV, is up over three times year-on-year. Plus once users are in YouTube, they are spending more time per session watching videos.”

He said initiatives like the introduction of the TrueView ad format – which lets brands insert product information, images and pricing into video ads – were a help for content creators and that “the number of channels earning six figures per year on YouTube is up 50% year-over-year.”

“Our strong Q2 results reflect continued growth across the breadth of our products, most notably core search, where mobile stood out, as well as YouTube and programmatic advertising”, said Google CFO Ruth Porat.

“We are focused every day on developing big new opportunities across a wide range of businesses. We will do so with great care regarding resource allocation.”